Both hip-hop stars went to social media this past weekend to break the news to fans.

“We good. We’re politicking and talking. It’s just she super busy, I’m super busy and we need some time together so we can grow,” Durk said before revealing how they met. “[Laughs] It was in New York, it was at Bobby Shmurda and French Montana’s video. The remix to “Hot N*gga” and she came and we was talkin’. She was all shy. I was laid-back too. The first time I met her, we just exchanged contacts. I don’t have no game. I suck at game. All I know we just started talking. I was like, “Damn girl, you sexy as hell.” (XXL Mag)

Back in April, Dej raised eyebrows after declaring her single status on social media. 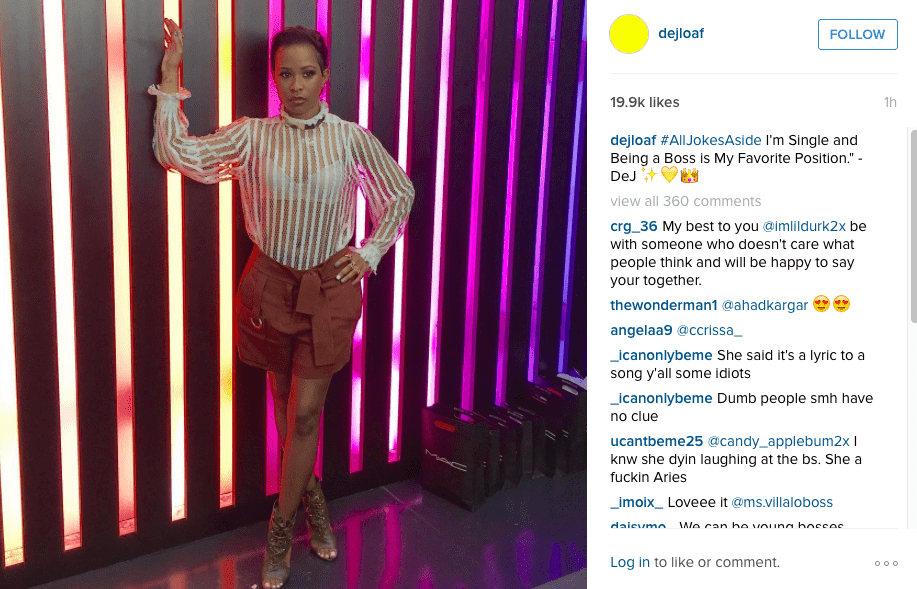