David Banner Responds To Arrest Reports: “White Media Throws You Scraps & It’s Your Duty To Give Black People The Truth”

Southern rapper/producer David Banner has come forward to speak out on the media coverage he has received following a recent arrest.

Banner resorted to social media Wednesday (June 15) to clear up his image. 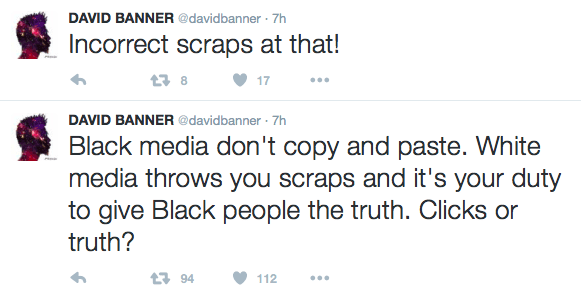 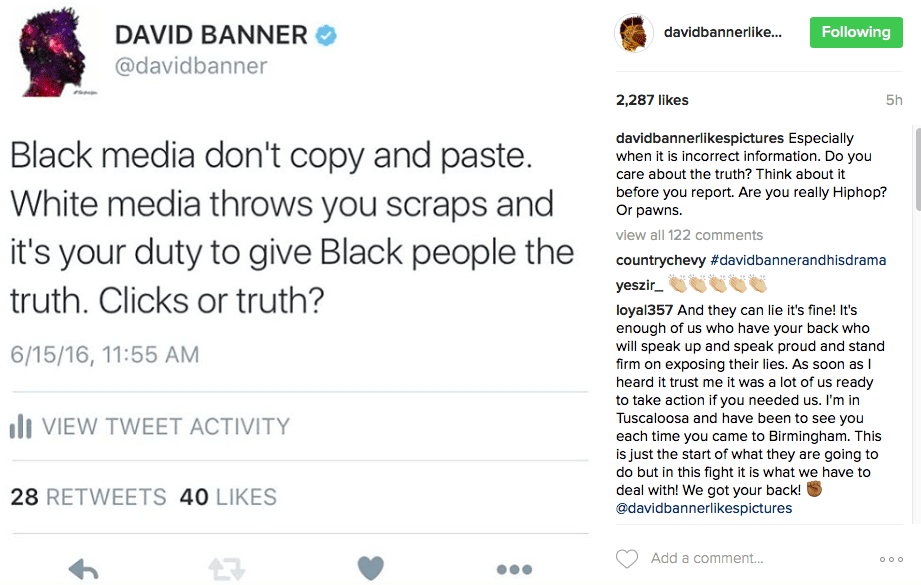 According to reports, cops arrested Banner last weekend for getting into an altercation with a nightclub bouncer.

Witnesses tell TMZ it all started after someone in Banner’s crew got denied at Ozio Restaurant & Lounge early Sunday in D.C. According to the police report, he clenched a fist and told the bouncer, “I got you n*****, I got you. You a sellout n*****. I got money.” He also allegedly threw money and credit cards at the bouncer during the exchange. (TMZ)

A few days ago, Banner made sure to reference the incident on Instagram.

If we spend our money with you then treat our people right.