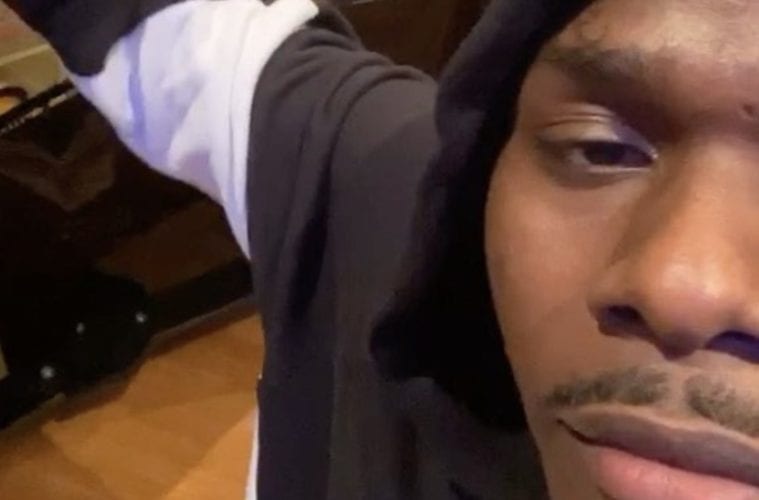 Charlotte hip-hop heavyweight DaBaby might have a major challenge on his hand. It’s been one year since a video of him knocking out fellow North Carolina rapper Cam Coldheart went viral. However, it seems like Cam is back and ready for a little rematch.

In a new video, Coldheart dishes out that he’s willing to fight Baby and his entire label.

“I just wanted to say this real quick. This stemmed from what I put on my Story, this stems from comments I get. We deleting those, getting those trolls out of here. Get off my s**t n***as. Unless you want to say that shit to my face, don’t be in my comments. The last n***as that thought that was a good idea got beat up, bad, ask the club owners around here. Ask them. Whole year later, I wanna make this known. From then to now, I been on ten. I will scrap any of these n***as. It been too far down the line. That’s why none of these n***as been shot. It’s stupid, I got kids and s**t. I could clap a rapper head and get away with it, but we making better decisions. Let’s fight though. N***as swear they’re hard, they ready for the s**t, like they not just protected by security. They just pop up when nobody knows they’re gonna be there. Ever since. I want to fight. I been wanting to fight. Everybody like, ‘Oh, you the one,” n***a I want to scrap. “No guns, fight! Y’all n***as know y’all can’t beat me. That’s why you had to set me up, hire security, and put the monster behind you to jump on me,. None of these n***as can see me. I’m the real gorilla around this motherf**ker. Here go my challenge on the line, n***a! Any of them n***as, fight me! … Fight though! None of y’all b***h n***as come from that though, real silverback s**t. You can record it, but you gone get your a** beat coming to fight me.” -Cam Coldheart’s Instagram

DaBaby knocked out Cam Coldheart in a Louis Vuitton store last year after some real-life trolling. Both rappers posted on social media about the encounter.

DaBaby is out here with the major fashion drip. The hip-hop heavyweight went online last week to share some shots of himself draped in extra fresh gear.

“@billiondollarbabyclothing😳 This set ain’t even 1% of the collection. 🤦🏾‍♂️🔥” -DaBaby’s Instagram