North Carolina rapper DaBaby's girlfriend DaniLeigh isn't happy with the self-proclaimed King of New York in her town. The popular crooner has come forward to share her issues with Tekashi 6ix9ine touching down in Los Angeles.

On Friday, Dani went to her Twitter page and didn’t censor herself. Instead of giving a subliminal tweet, Leigh directly referenced Tek and called him a clown.

Heading into Friday, West Coast rappers Game and Reason low-key went online to get at Tekashi. They warned him about being disrespectful to the late Hussle and Reason even dished out details about the headline-generating mural tribute.

On Thursday, Tekashi went to Instagram with footage of himself at a Hussle mural. The footage featured him turning up to Nipsey’s music while saying at prayer for the rap icon.

The footage didn’t sit nice with everyone. A Hussle affiliate has since come forward to call out Tek for showing love to Nipsey.

This week, West Coast rapper and publicized Nipsey Hussle supporter Game went at 6ix9ine on his social media pages and questioned why late rap artist Pop Smoke is no longer with us while Tekashi roams the streets.

Comments Off on DaBaby’s Girlfriend DaniLeigh Blows Up On Tekashi: “6ix9ine Needa Leave My City, He’s A Big Clown” 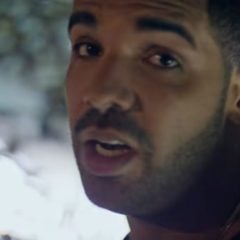