Two of the biggest names in hip-hop and pop music may have been collaborating on new music in secret. North Carolina rapper DaBaby said -- maybe seriously, maybe joking -- he and pop sensation Justin Bieber have created a handful of songs together.

A fan on Twitter asked DaBaby when he and Biebs would make a song together. Baby responded “We got like 5 of em.”

Charlotte’s finest has of course already collaborated with his share of music industry heavyweights. Recently, he dropped a video with Migos member Quavo called “Pick Up.”

DaBaby Stole The Show At VMAs

Baby stole the spotlight at the MTV Video Music Awards ceremony. During his set, DB performed his “Peephole,” “Blind” and “Rockstar” anthems.

It was Charlotte rapper DaBaby’s first-ever performance for the VMAs on Sunday, and a stellar night for it; DaBaby was up for four awards this year, including artist of the year, best hip-hop video, and best choreography for his music video for “Bop.” With The Jabbawockeez at his side, DaBaby performed a medley of hits “Peephole,” “Blind,” and “Rockstar.” His performance was a nod to recent protests against police brutality, with DaBaby riding cuffed in the back of a cop car before ending the performance against a backdrop of fire. Beyond this, it also referenced the COVID-19 pandemic, as during “Peephole,” the set included cardboard boxes, which were knocked over and turned out to be full of face masks. (Popsugar)

Instead of showing support for current president Donald Trump or his Democratic opponent Joe Biden, DB said he’s putting his trust in rap star Kanye West for head of state. 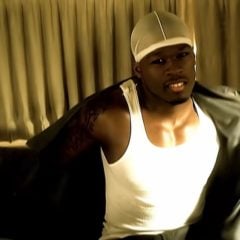