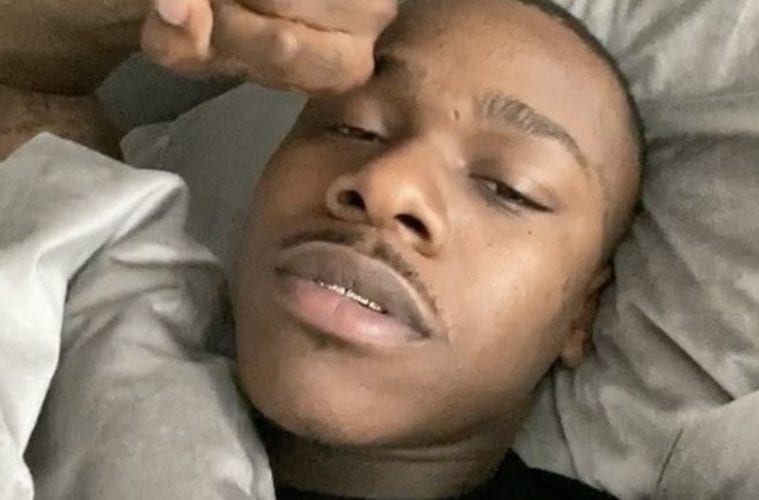 North Carolina rapper DaBaby is all smiles right now. The hip-hop entertainer has shared a look at an insanely dope Nike-themed gingerbread house.

On Thursday, Baby went to Instagram to show off the epic edible masterpiece.

Earlier this week, Baby sparked headlines after getting briefly detained by Charlotte police following a performance.

At around 11 p.m. local time, Charlotte-Mecklenburg Police Department officers arrested DaBaby, who’s real name is Jonathon Lyndale Kirk, in the parking lot of the performance venue, and issued the rapper a citation for misdemeanor possession of marijuana. The CMPD dropped the weapons charge and released him from custody. The 28-year-old was issued a citation for resisting arrest. (HEAVY)

Despite initial speculation, reports claimed DaBaby did not get arrested.

Kirk’s team said the rapper was wrongfully targeted by CMPD and detained after a “bogus” tip about guns and drugs in his car. CMPD said Kirk was not arrested and was only detained and charged with misdemeanor possession of marijuana and with resisting an officer. CMPD said he was given a citation for both charges. (WCNC)

Following his release, DaBaby made sure to speak to reporters and single out the cops for targeting him.