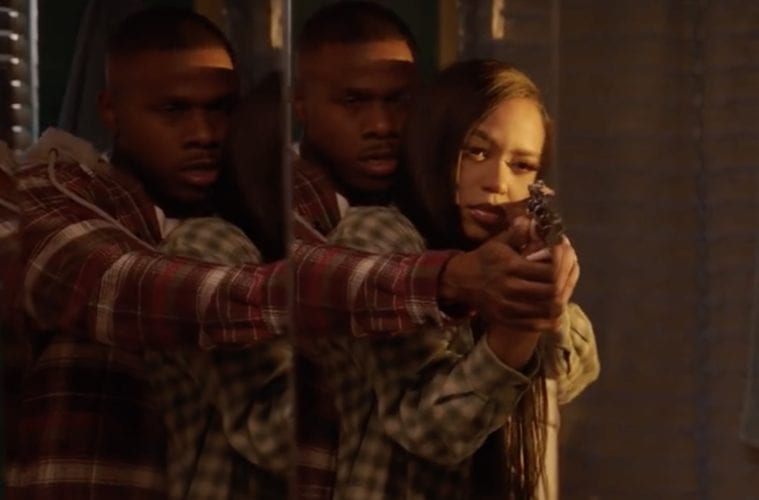 North Carolina rapper DaBaby has come through with his promise of delivering a much-needed “Find My Way” music video premiere. Instead of going with a quickie, the rap star went the cinematic short film route with co-star B. Simone.

On Wednesday, Baby blessed his fans with the song’s official release. To celebrate the premiere, DB took things up a notch with its 10-minute visual.

The single showcases DaBaby’s versatility as the artist shifts between his signature bass-filled flow and a raw melodic hook across the DJ Kid-produced beat. Accompanying the song is a 10-minute short, directed by Reel Goats. Starring both DaBaby and influencer, BSimone, the visual follows the pair as they attempt to secure finances for the rapper’s ailing grandmother, by any means necessary. After posing the ominous question, “Have you ever seen somebody turn into a monster for a good cause?” the film then briefly transitions to music video form. The suspenseful short showcases DaBaby’s acting skills and teases a sequel for fans who will inevitably be left wanting more.

Simone initially tried to break the Internet with some steamy boo’d up-looking pics. One of the photos showed DaBaby grabbing her booty.

Over the past few months, Simone has gushed over her love for the rap star. B has relied on her Instagram page to share her feelings for the North Carolina native.

“That ain’t tha ….man y’all already know WTF going on ❤️ Jesus i ask you for patience. I ask you to lead him home and stop letting him entertain these girls 😢 He probably fake laughing at some lame hoe jokes… don’t worry king… A real clown is on the way ! TF! He prolly wasting his time with a girl that don’t even like kids while I’m over here ready to be a step momma . I been practicing and everything “ahht ahhht sit down ! Imma tell yo daddy when he get home “ see i got this 💪🏽 I’m ready bae! ughhhh when i meet him should i be like “hey Zaddy” or “hey king” orrrrr should i say “babyyy boooyyy cmere” 🤔”