1.3k Views Comments Off on Curren$y Agrees W/ 21 Savage Calling For All Beefs To End Amid Pusha-T/Drake Feud
Share

Louisiana rapper Curren$y is putting love over hate. The hip-hop veteran has co-signed 21 Savage’s plea for people to shelve beef for good.

This week, both Savage and Waka Flocka Flame called for an end to rap beefs.

A few days ago, Pusha-T updated fans on how he felt toward Drake.

“I’ve been doing this by myself for a very, very long time. I shoot the club up. That’s what I do. Like that’s what I do. I’m by myself in this. There is nobody else. There are no other people to me. I don’t care, they all look the same to me. [Kanye’s] not [involved.]” (“The Cruz Show”) 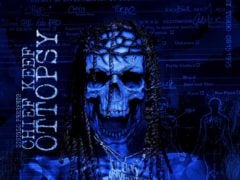