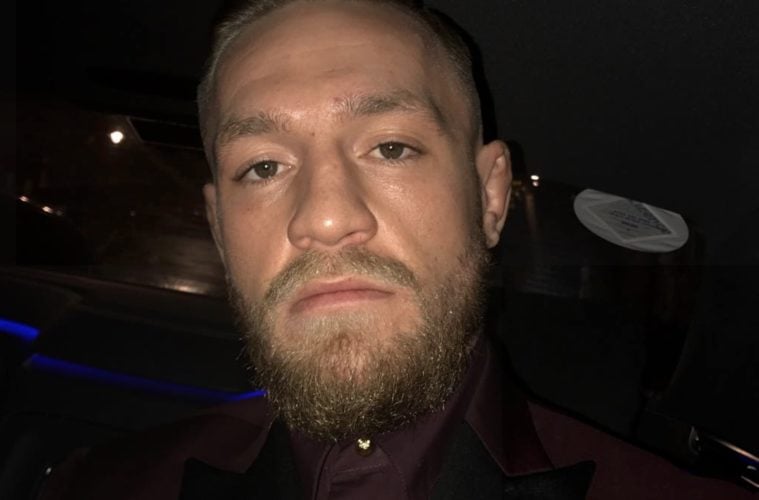 Conor McGregor Speaks After Miami Arrest: “Thank You All”

UFC superstar Conor McGregor is keeping it 100. The popular MMA fighter has come forward to speak out following his Miami arrest connected to a fan altercation.

On Tuesday, McGregor went to Instagram to thank fans for providing undying support.

Pulling for you, @TheNotoriousMMA Hope all is well for both sides, need you back on your career grind and family goals! lol #SOHHNews pic.twitter.com/SaWiuhLnQS

A few hours after getting busted, Conor made bond and had his attorney release a statement.

McGregor, 30, was arrested at 5:56 p.m. local time Monday on the two felony charges and transported to Turner Guilford Knight Correctional Center. He made $12,500 bond at around 10:30 p.m. local time. “Last evening Conor McGregor was involved in a minor altercation over a cell phone that resulted in a call to law enforcement,” McGregor’s attorney Samuel Rabin said in a statement. “Mr McGregor appreciates the response of law enforcement and pledges his full cooperation.” (MMA Fighting)

According to reports, McGregor allegedly smashed the phone outside of Miami Beach’s Fontainebleau hotel.

According to the police report, obtained by TMZ, at around 5 AM Monday, the owner of the phone was walking out of the hotel at the same time as Conor and as the fan attempted to take a photo, Conor slapped the victim’s phone out of his hand, causing it to fall to the ground. McGregor then allegedly stomped on the phone several times, damaging it. According to cops, McGregor then picked up the phone and walked away with it. (TMZ)

McGregor was arrested nearly one year ago in New York City after police said he attacked a charter bus carrying several UFC fighters, throwing a dolly through the window. The attack happened after a media day for UFC 223. He was initially charged with two felonies, but ended up pleading guilty to a disorderly conduct charge. His sentence: three days of anger management courses, and five days of community service. (Miami Herald)