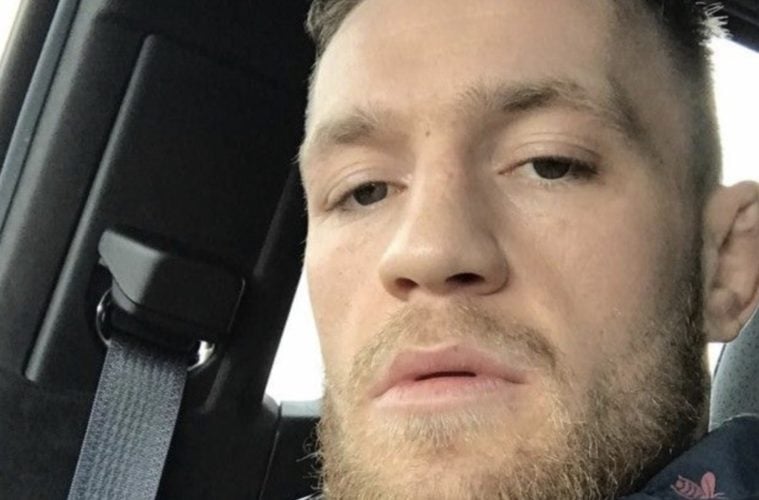 UFC superstar Conor McGregor is going through a publicized criminal nightmare. However, the Notorious McGregor has hit up social media to remind fans he’s keeping his family close through the non-stop scrutiny.

McGregor went to Instagram last night (April 9) to share a family pic of himself, his girlfriend and their son.

Last week, G-Unit’s 50 Cent clowned McGregor over his NY arrest and jokingly offered to bail him out.

Hours prior, 50 had flamed McGregor over his publicized New York arrest.

A few days ago, Conor had an arrest warrant issued for him after his Barclays Center dramatics.

TMZ Sports has obtained video of Conor McGregor and his entourage going BERSERK at the Barclays Center … attacking a bus leaving the arena with several UFC fighters including Khabib Nurmagomedov. An object was thrown through one of the bus windows — and the damage left one fighter, UFC lightweight contender Michael Chiesa, cut up and bloodied. Unclear who was responsible for shattering the side window but it’s clear people on the bus suspect it’s Conor. (TMZ)