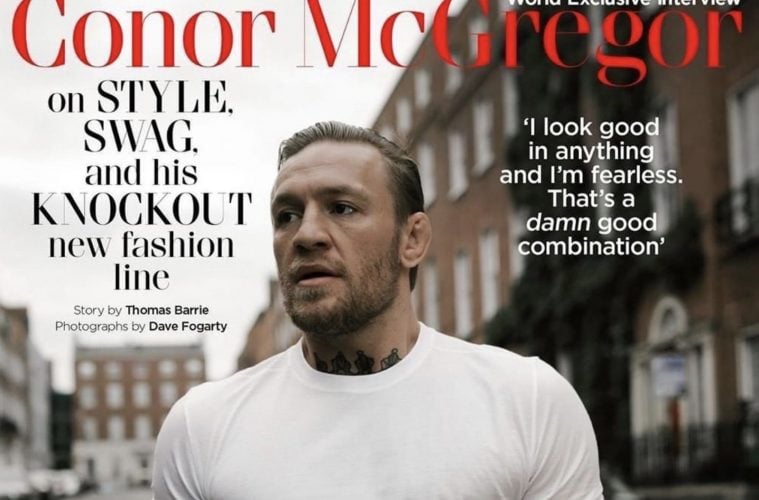 On Monday, Conor jumped on Instagram to share the issue and reveal he’s wearing his signature clothing line on it.

According to reports, McGregor is low-key preparing for an upcoming boxing match.

Irish boxer Luke Keeler has said UFC star Conor McGregor has agreed to fight him. Keeler called McGregor out on Twitter after video footage emerged from April of McGregor punching a man in a bar in Dublin. After posting on social media, Keeler has said McGregor contacted him to complain about the call-out and agreed to a showdown, per IrishBoxing.com (Bleacher Report)

Over the past few weeks, McGregor and one-time boxing rival Floyd Mayweather Jr. have engaged in a savage e-beef.

Recently, Mayweather seemed to fire the first shot by sharing a face-off moment from their 2017 promo run.