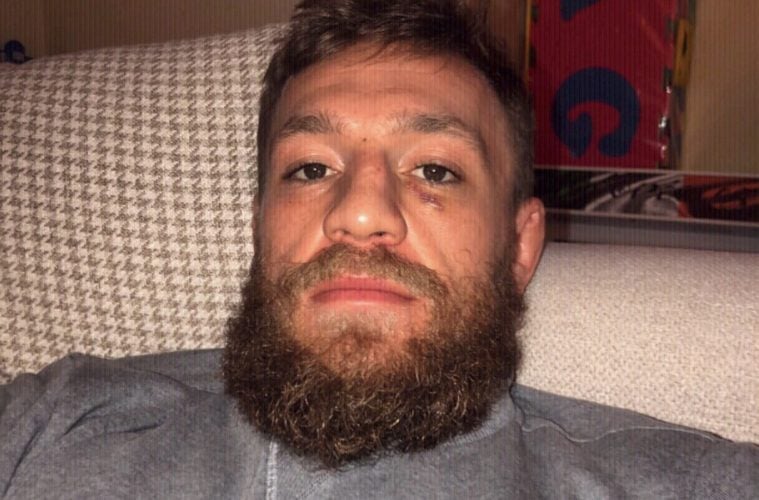 UFC superstar Conor McGregor is done-done. The MMA bad boy has announced a shocking, unexpected retirement from the sport.

Early Tuesday, McGregor went to Twitter to break the news to fans.

The headline-generating announcement has sparked mixed reactions from social media.

"I am not treating this as an official retirement quite yet from Conor McGregor, but according to Dana White, he is."

–@bokamotoESPN on McGregor tweeting that he is retiring from MMA pic.twitter.com/ew7KaOeSP5

Retirement gimmicks get less effective each time out https://t.co/T9KGs3Hlj3

We’ve been down this road before, haven’t we? https://t.co/5i5uQWWM7h

Conor McGregor loves the limelight. He'd retire in the middle of the night, after not retiring during his appearance on Jimmy Fallon? It just sounds fishy – like it's some sort of publicity thing we don't yet know the details on…

Conor McGregor just tweeted he’s retiring from MMA. Do you believe him? 🤔 pic.twitter.com/brREi1ndbR

Back in 2016, Conor appeared to also bow out of the UFC with a retirement-type statement.

This isn’t the first time McGregor has announced his retirement on Twitter, which has many wondering just how serious this announcement is. The first time was back in 2016 when he thanked everyone for the cheese. McGregor, who lost his last fight to Khabib Nurmagomedov, has been wanting the UFC to give him a part of the company so this could all just be a negotiating ploy to make that happen. (USA Today)