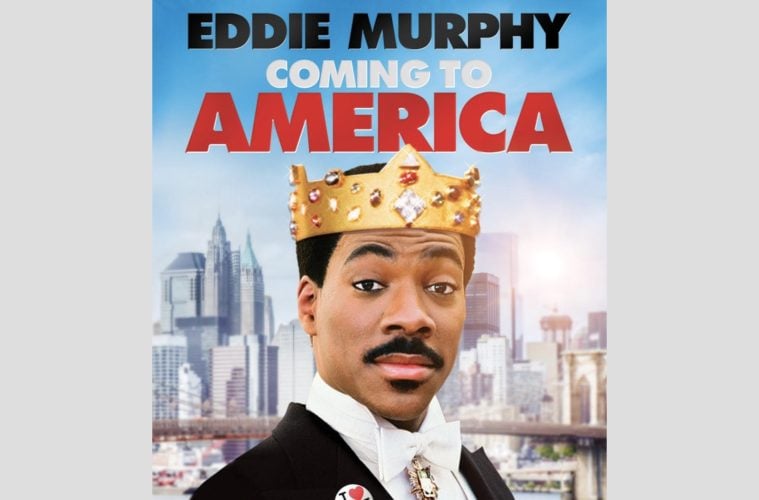 Coming To America 30th Anniversary On Digital HD: “Dialogue Alone Made This One An All-Time Great”

“I have no chemicals in my hair. Only juices and berries.” If you didn’t finish the next line with “man that ain’t nothin’ but an ultra perm.” You are really wrong. The 1980’s really belonged to Eddie Murphy in the world of comedy. He set the world on fire with Delirious, and later created in my opinion the funniest stand up of all time with Raw. Eddie Murphy at his comedic peak created an all-time classic with Coming to America which is turning 30 this month.

As if you needed more than one reason to cop this one, here are five reasons to buy one of the funniest movies ever made – the 30th anniversary of Coming to America on Digital HD, DVD and Blu-ray! [Be sure to read each reason and enter to win your own copy!]

Eddie Murphy had already established himself as star, Arsenio Hall was newer on the scene not yet having even started his talk show yet. But, these two on the screen together were something special. You knew it was something from their very first interaction in the movie “you can have a woman who will obey your every command…” and so on, but the chemistry is something to be admired. Prince Akeem and Semi the original tandem.

[There are way more special appearances than you can remember…]