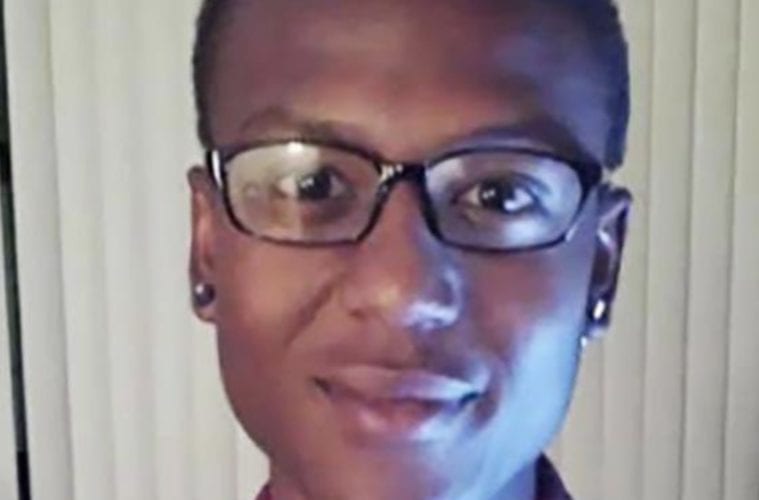 Elijah McClain Killer Cops Cancelled… But Not For His Murder

Colorado law enforcement just lost some of its muscle. At least three Aurora police officers received pink slips this week for mocking the death of Black man Elijah McClain around his memorial site.

According to reports, the cops took a disrespectful selfie-photo session near the memorial location and the pic went viral. An interim chief also revealed the identities of all three ex-cops featured in the shot.

The officers involved in the photos, which show three of them smiling as one is in a mock chokehold, were identified by interim Chief Vanessa Wilson of the Aurora Police Department as Jason Rosenblatt, Erica Marrero and Kyle Dittrich. A fourth officer, Jaron Jones, resigned Tuesday. (NBC News)

Police chief Vanessa Wilson has since addressed the situation. Specifically, Wilson took personal aim at the officers mocking McClain’s death with the selfies.

“We are ashamed, we are sickened, and we are angry about what I have to share,” she told a news conference. “While the allegations of this internal affairs case are not criminal, they are a crime against humanity and decency. To even think about doing such a thing is beyond comprehension and it is reprehensible.” (BBC)

Recently, rap star Drake‘s dad Dennis Graham publicly called out the legal system and United States government to start taking action to make the slayings end once and for all. He specifically spoke on getting justice for Elijah McClain.

“I took my other post down because I am Tired of posting things about American people being constantly killed and the government is letting it continue like it’s something that has to go through f*cking Congress to stop, Also there are too many powerful people in the United States that can step up and put an end to this, and they’re not saying a word because they don’t want to risk losing what they have, Every Athlete, Movie Star,Every entertainer Every Doctor, Lawyer Pastor , Priest,All Good Police People, Every major company that we spend our money with, This world that we live in is letting this sh*t happen to People of color and not saying a damn word about it, THERE ARE TOO MANY OF US NOT TO BE ABLE TO STOP THIS IMMEDIATELY, Damn Congress, Senators and the Government it is time for this shit to stop” -Dennis Graham’s Instagram

A recent social media outcry demanding Colorado officials launch an independent investigation into the 2019 death of a 23-year-old Black man in police custody has prompted Gov. Jared Polis to announce his administration will reexamine the case. In a series of tweets Wednesday, Polis wrote, “a fair and objective process free from real or perceived bias for investigating officer-involved killings is critical.” Polis added that he is having lawyers “examine what the state can do and we are assessing next steps.” (CNN)