An EA Sports representative confirmed this with GameSpot today. “Kaepernick’s decision will be briefly mentioned in-game, reflecting our commitment to authenticity in Madden NFL 17,” a senior publicist for EA Sports said. “Overall, our new commentary will mainly center around on-field performance, as well as major news like trades, free agency signings, and injuries. (Game Spot)

Last weekend, rap star T.I. applauded Kaerpernick’s reasoning for not standing up during the national anthem. 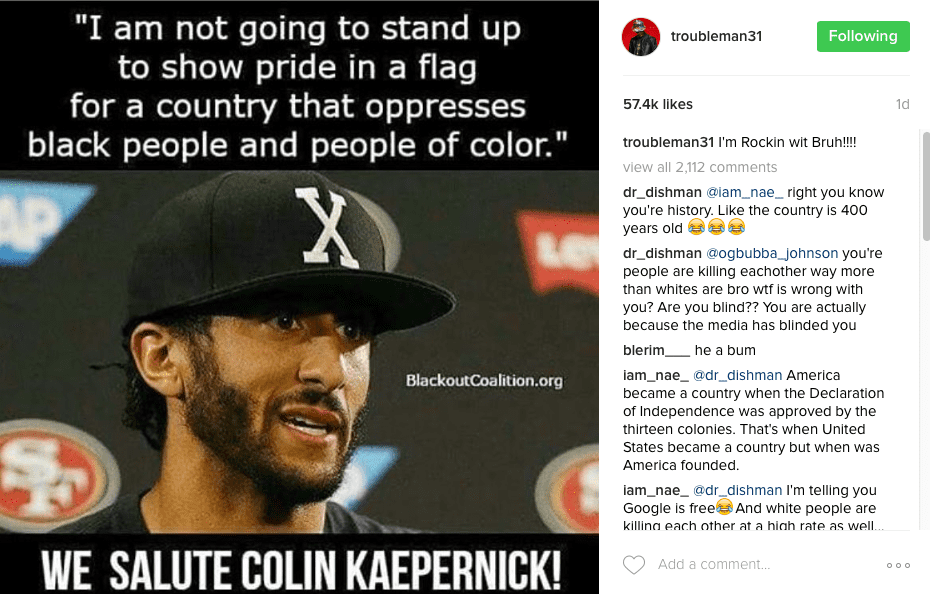 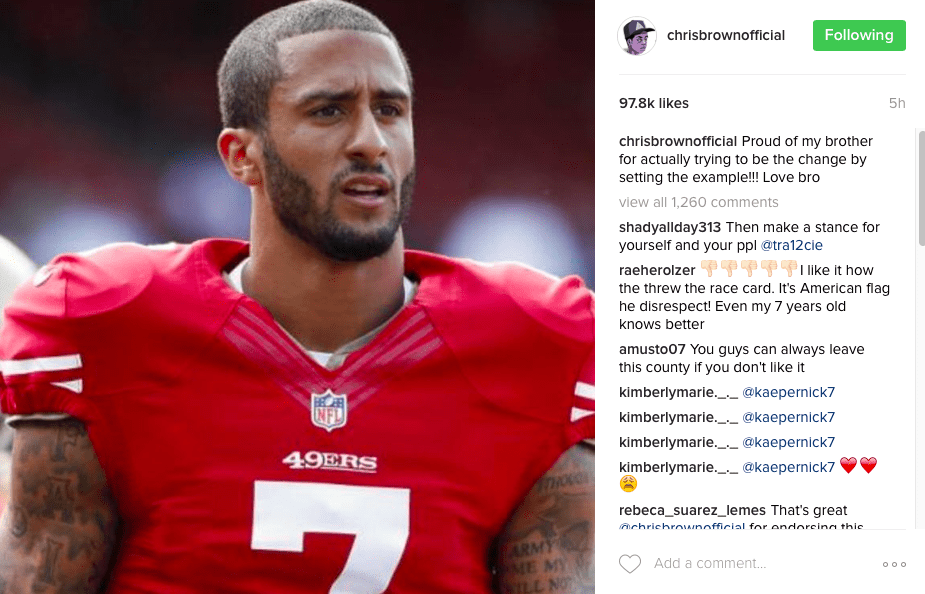 Last week, Colin cited the recent publicized police brutality cases for fueling his decision not to stand up at an NFL preseason game this week.

His latest refusal to stand for the anthem — he has done this in at least one other preseason game — came before the 49ers’ preseason loss to Green Bay at Levi’s Stadium on Friday night. “I am not going to stand up to show pride in a flag for a country that oppresses black people and people of color,” Kaepernick told NFL Media in an exclusive interview after the game. “To me, this is bigger than football and it would be selfish on my part to look the other way. There are bodies in the street and people getting paid leave and getting away with murder.” (NFL)