NFL superstar Russell Wilson is ready to get his daddy duties on. The Seattle Seahawks quarterback has weighed-in on his R&B wife Ciara’s now-public pregnancy. 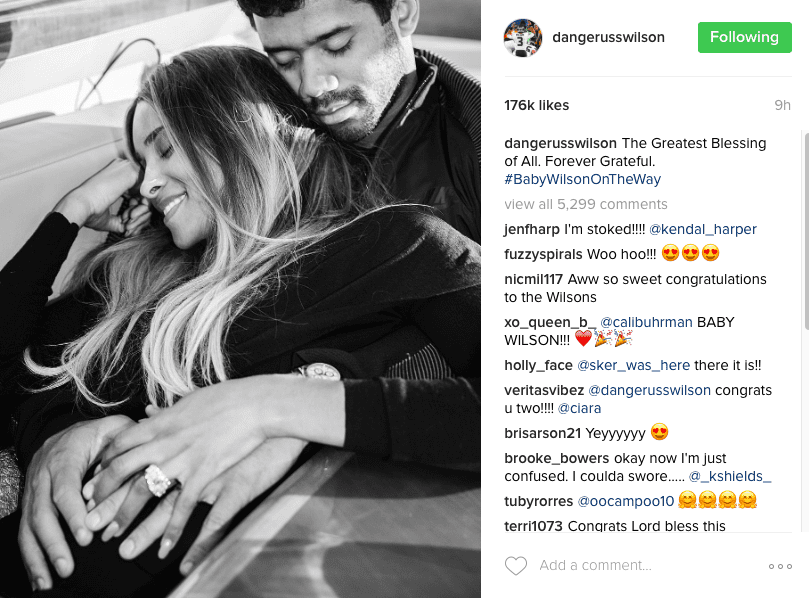 A few days ago, buzz developed about CiCi secretly having a baby on the way.