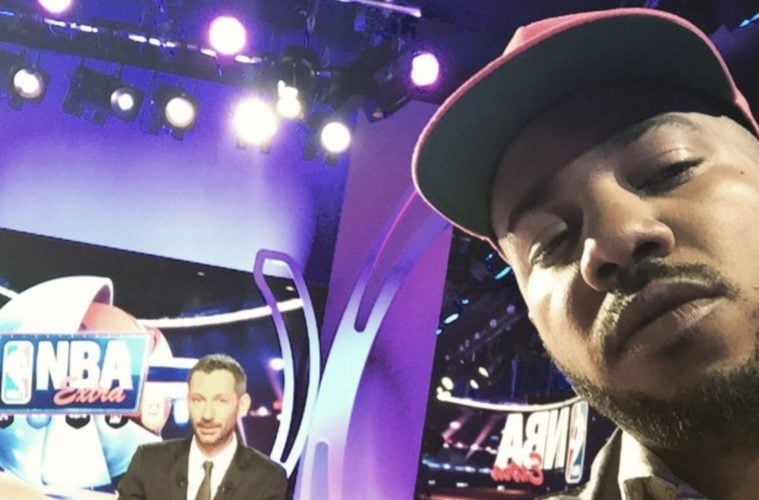 Chuck Inglish Exposes The Bawwwwse: “Hard To Hear [Rick] Ross Press Birdman About Paying Producers. When I Never Saw A Cent From Them For Party Heart”

The Cool Kids‘ Chuck Inglish is keeping it 100 at the start of the week. The hip-hop producer has singled out rap star Rick Ross over unpaid production.

Chuck went to Twitter this week and accused Yung Renzel of not paying him for the production of “Party Heart.”

I’m gon keep it a stack.

When I never saw a cent from them for Party Heart.

none of you niggas pay ur producers

In a recent interview, hitmaker E. Dan accused labels like Atlantic Records of putting projects out as mixtapes instead of albums to stiff producers.

“Yeah but I don’t know if they called it a mixtape exactly but they didn’t treat it like an album which is a way for not paying me a lot,” Dan said referring to working on a mixtape for rapper Snow Tha Product. “Thats happened on Wiz albums too. The Khalifa album, I don’t know if they called it a street album. They came up with some real clever name which essentially meant everyone involved, you’re going to get paid half of what you normally get paid. It’s a thing. I’ve seen it happen really more often the last few years. Anything to save a buck.” (Beat Stars)

E. Dan also issued a statement on the subject and the difference in producing mixtapes/albums.

“I was happy to get paid what I did for the project. While not ideal, half of my usual rate for working on a Wiz Khalifa album is still a much better rate than I would get from a developing or indie artist’s album. I knew what I was getting into before it was put together and was literally given the choice to take less because that’s what the budget allowed or I could personally shut the project down if I was unhappy about the compensation because frankly, this was an album of mostly B-sides that no one was sure they wanted to release anyway. In this case, I was happy that some of the older songs we’d done with Wiz were now going to be released, albeit in a format/structure that meant I wasn’t going to get my usual rate. So I agreed to play my part in the project at the lesser rate well before it was released and cashed the check with a smile on my face.” (DJ Booth)

Dan also said he’s not the only producer who had been through this gauntlet of unfair treatment.

“That said, I’m glad my few accomplishments in this industry are enough that I have a small platform to bring some of the issues that plague myself and other producers/mixers/engineers to light and I hope you all continue your mission of doing the same. It’s a complicated business and knowledge is key to success as with so many other endeavors. Ultimately, there’s a lot of people that have been treated far worse than I have in this industry and I’ve done a fairly good job of not letting myself get screwed over, even without having a proper manager all these years in. Relationships help. Knowing your worth helps even more. Being humble and hard working has perhaps helped me the most.” (DJ Booth)