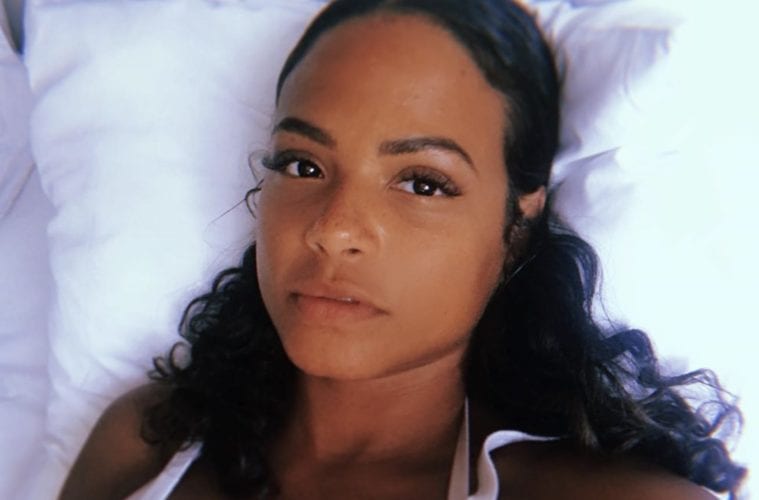 On Thursday, Milian lit up her Instagram account with a handful of steamy shots. The pics feature her wearing a matching blue top and bottom.

“Kick off your shoes, relax your feet and just kick it! 😉👉#SavageXAmbassador@savagexfenty“

A few days ago, Milian updated fans on how she’s dealing with the nationwide quarantine. Christina admitted she had clocked in a bunch of activities around her house.

“On the bright side of it all.. Goofing around, making tiktok’s, cooking, FaceTiming friends, Netflix and chilling, eating, exercising & then eating again.. it’s not that bad at all. Let’s make the best out of this cause who knows what tomorrow may bring. Sending love and light 😘”

Milian models much more than Savage x Fenty. She recently showed off her love for Nike with a pair of fresh kicks and workout gear.

In early March 2020, Christina shared a look at her mommy duties. The popular crooner shared a pic of herself and mini-me.

“This is bliss 😴 Chest to chest- we practically hypnotize each other into 💤 it’s also the one time in 24 hours that we both get a real power nap! 😅. Nights can be rough when you’ve switched time zones. So instead daddy and I just go with the flow and take shifts. I do miss sleeping in my bed at night but you know what? I was totally built for this whole Dracula routine! Parenting is a definite “a.m. to p.m.” job. Who would’ve known my infamous lyrics would take on a whole new meaning?! I love every single bit of it. #parenthood #247 #amtopm#mybabiie (yes those are my real freckles)”