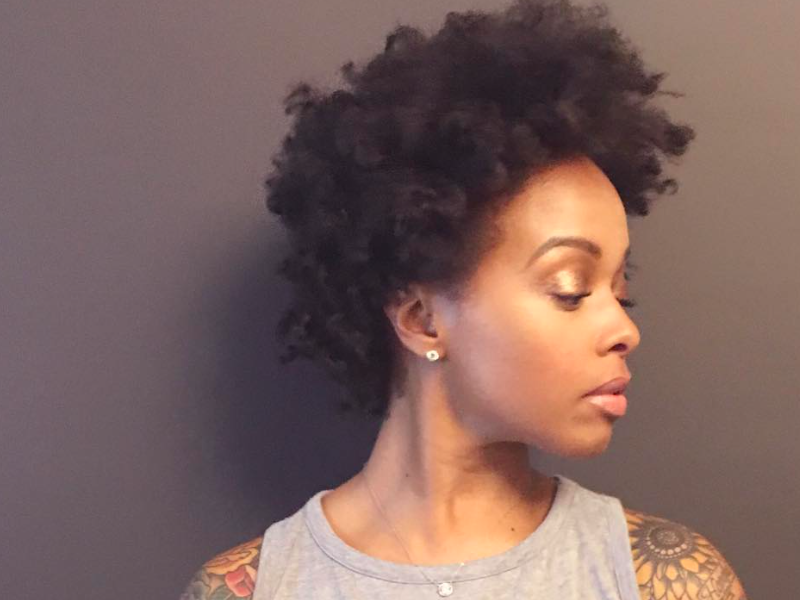 Chrisette Michelle Still Can’t Win Her Fans Back: “Was It Really Worth It?”

Nearly a week after her controversial presidential inauguration performance, Chrisette Michele‘s fans are still coming after her.

The singer’s latest Instagram posts are still getting pounded with people debating her headline-generating move. 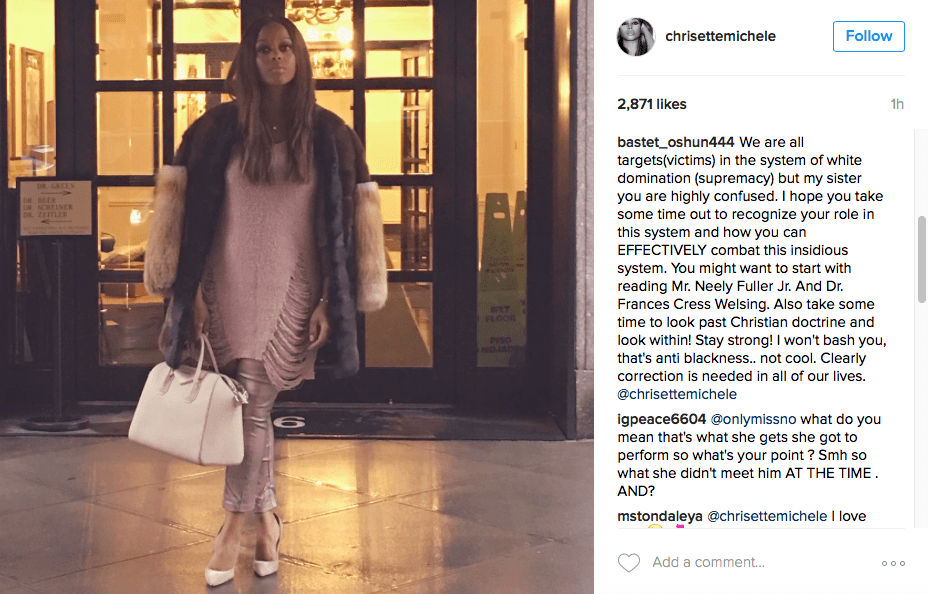 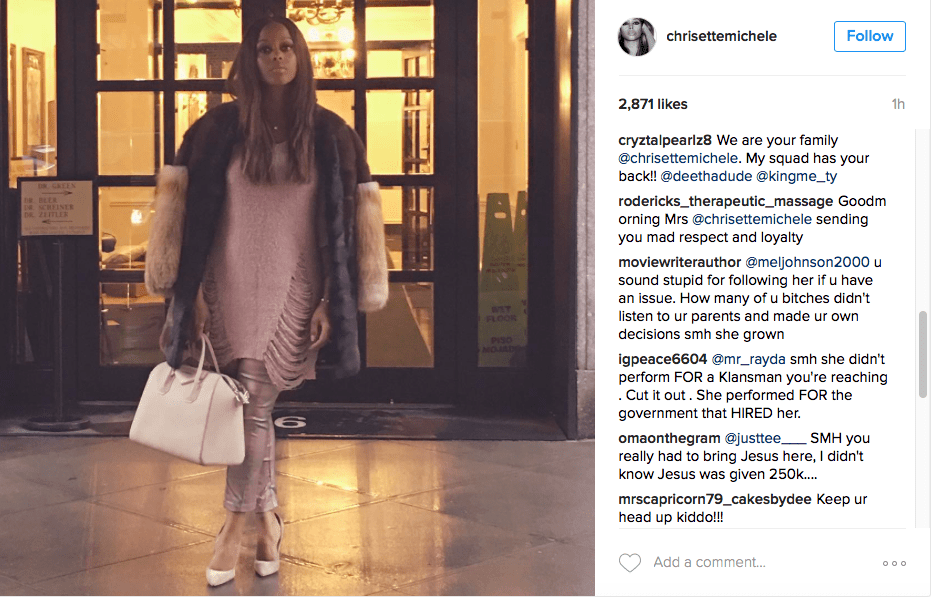 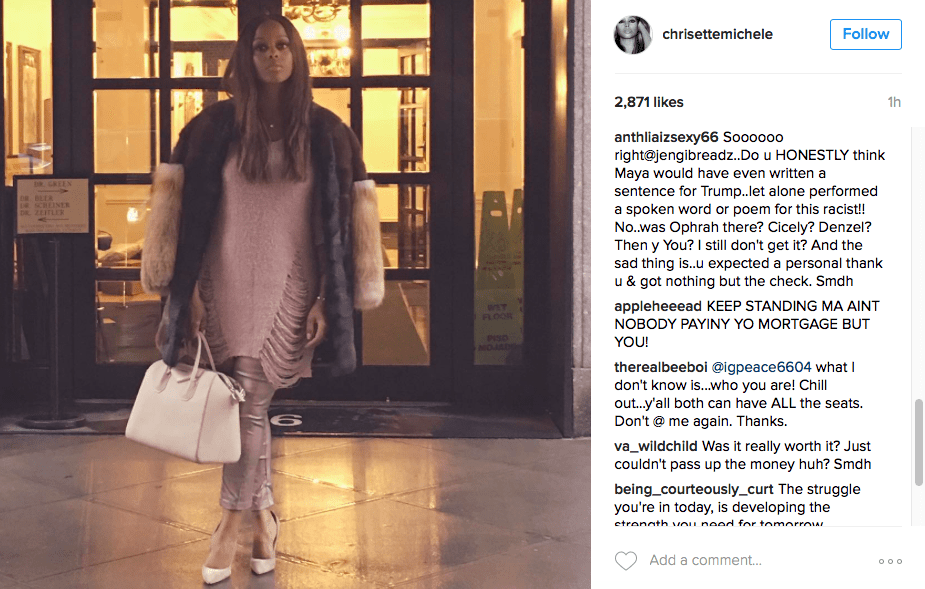 This week, Michele talked about landing her inauguration performance slot and getting disowned by her family.

This week, Michele released a political poem to defend her controversial performance.