Blueface and Chrisean Rock fans were not impressed with the duo's new music video, “Lit.” Twitter is in an uproar, and it appears Rock’s recent No Jumper interview meltdown may have been staged. 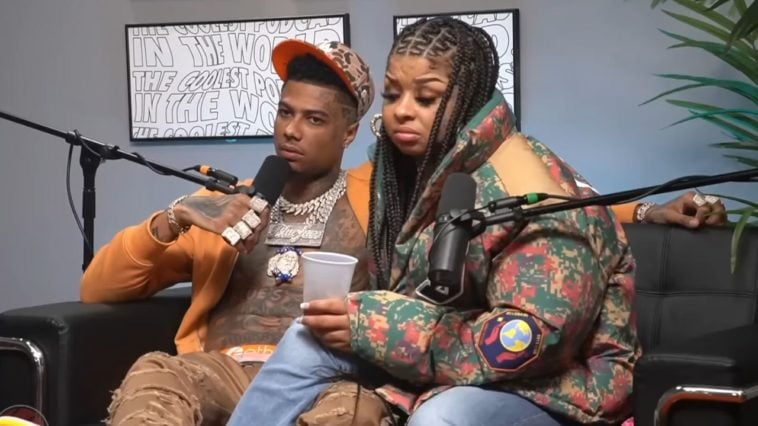 Chrisean Rock and Blueface used the controversial moment in the No Jumper interview for their new video for their song, “Lit,” and it just seems to show more of the toxicity of their relationship.

Fans may not have learned their lesson about scripted moments, considering star rapper Drake’s recent staged video of him getting arrested in Sweden.

However, fans on Twitter were still not too impressed with the track and thought the track was a waste of time. One user said he wanted to erase the song from his “mental Rolodex.”

Meanwhile, another fan used a video of Joe Budden calling the track “garbage.”

Furthermore, another fan gave the record a thumbs down 10 seconds into the song.

Intoxicated Chrisean Rock Kicked Out Of “No Jumper” Interview; Is Blueface Innocent?

A screaming Chrisean Rock was dragged out of a No Jumper interview after having a meltdown and argument with rapper Blueface. The host alluded that Rock was drunk “off the Hennessy.”

Chrisean Gets Kicked Out + Fans React

Recently, the couple known for their toxicity, sat for an interview with No Jumper when Chrisean Rock became upset after the host told her hitting Blueface with a glass bottle was “bad.”

The “Vibe” rapper was visibly offended and became argumentative with Blueface amid a meltdown. Furthermore, Rock argued that she didn’t want Blueface to speak for her to avoid being “set up” in the conversation.

Moments later, security is seen dragging a drunk and screaming Rock out of the No Jumper set.

This could be an example of the Los Angeles native stepping up to his reality show co-star after many domestic abuse incidents and physical altercations in public over the last several months.

Fans on Twitter reacted to the incident. One fan mocked the situation with clips of Jamie Foxx and Denzel Washington.

Another user suggested he would never tolerate a similar situation.

The “Outside” rapper also spoke on superstar artist Drake following Chrisean—who he refers to as his  “offspring”—on Instagram.

“I took it like he was following me, you know me and him have a past where he was a fan of me at one point in time,” he said. “My offspring, obviously you know it’s kind of like an infatuation with me, through her.”

In a recent episode of Crazy In Love, Chrisean Rock allegedly took a Hennessy bottle to Blueface’s head. Rock was seen taking the glass out of his bloody head in a short Twitter video. The couple is notorious for their social media spats. 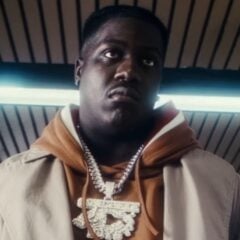 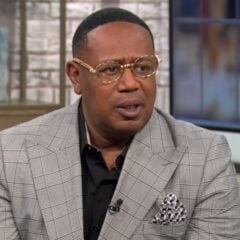