Hollywood actor Chris Tucker isn’t ready to confirm his participation in a long-delayed new Friday film. This week, the high-profile comedian weighed-in on the possibility of making a big return to the storied franchise.

In a new interview, Tucker explained his issue with jumping on the project.

“You know, it’s so funny, I was watching Friday last night. I was flipping through the television and I was watching it. It was, you know, a moment in time. I was a young kid. I was laughing through the whole thing too. And I was proud of that, making myself laugh. I don’t know if we could do another one. I don’t know if I could do another one because I was so young and it was a moment in time, but we’ll see.” (Global Grind)

Back in August, actor/rapper Ice Cube revealed the flick’s fate.

A couple days prior, Cube shut down rumors about a Friday sequel being in production. 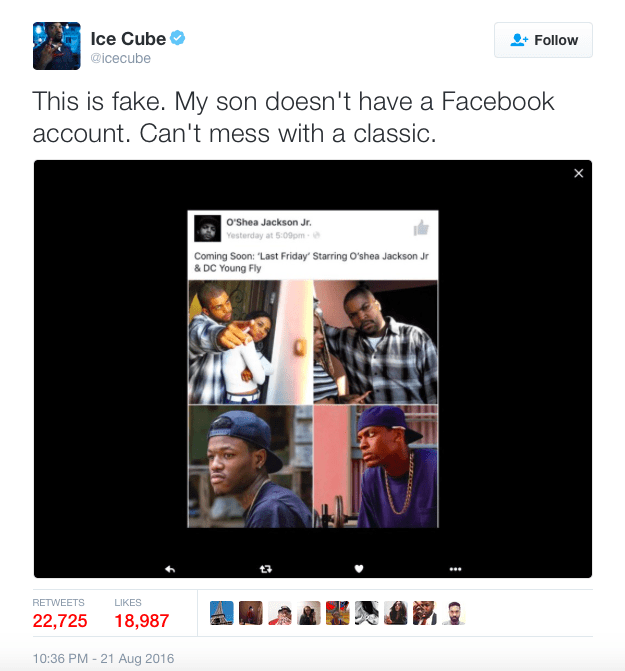 In 2014, Chris Tucker revealed an interest in having the iconic franchise return to the big screen.

“I’m actually trying to help [the studio] come up with some ideas and be a part of the producing process with Cube to see if we can come up with something, so that might happen,” Tucker said in an interview. “If I do a movie like Friday again it has to evolve. I evolved from Smokey when I was that age when I did that movie – from when I did Fifth Element or even the first Rush Hour. So, every character I look at now I’m like can I play it because where I am right now, because I pull a lot from real life. I put a lot of myself in the characters.” (“Sway In The Morning”)