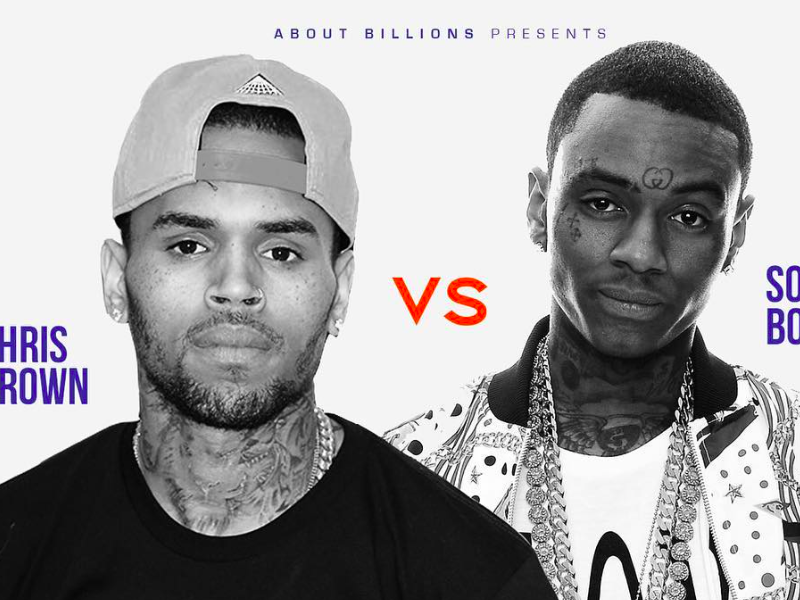 Broner went to Instagram and announced the bout’s set to happen in March. 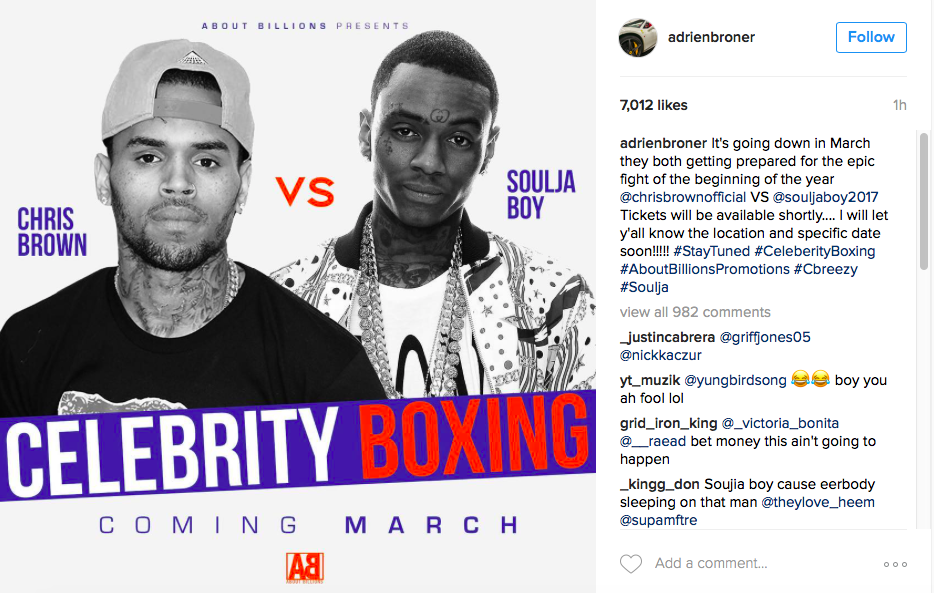 Coincidentally, Soulja Boy publicly apologized for the feud and credited his mom’s medical condition for making him fall back.

“This video right here is for Team Soulja and all of my fans. I just want to send an apology. Over the past couple of months, I’ve been acting out, I’ve been wilding out and at the end of the day it’s not about who starts the beefs, it’s about who ends them. So with that being said, I found out my mom’s in the hospital. The doctor told me everything should be alright. Everything should be good. But no amount of money, no amount of cars, no amount of fame will make me be alright with knowing my mom’s sick or anything happening to my mom. I love my mom. She’s always been there since I’ve been born. I’ve got her name tatted on my face.”

SB also admitted he wanted to get back to music-making with rivals like Brown, Lil Yachty and Migos’ Quavo.

“I know she’s not proud of my actions and what I’ve been doing recently. I wanna make music with Chris Brown, Yachty, Quavo, everybody. So to all the media, all the blogs, to all my homies from the hood that feel like I’ve been on some hot boy sh*t, I apologize. I’m back to the music. Big Soulja.”