Chris Brown Keeps His Word & Demolishes Karrueche: “I AINT HAVING THIS S**T TODAY”

R&B singer Chris Brown is going to force the Internet to create another word other than “savage” to describe his e-beefing. The award-winning crooner has kept his word and unloaded major disses on former girlfriend Karrueche Tran.

Chris Breezy went to Instagram Tuesday (January 3) and did not hold back on trolling KT. 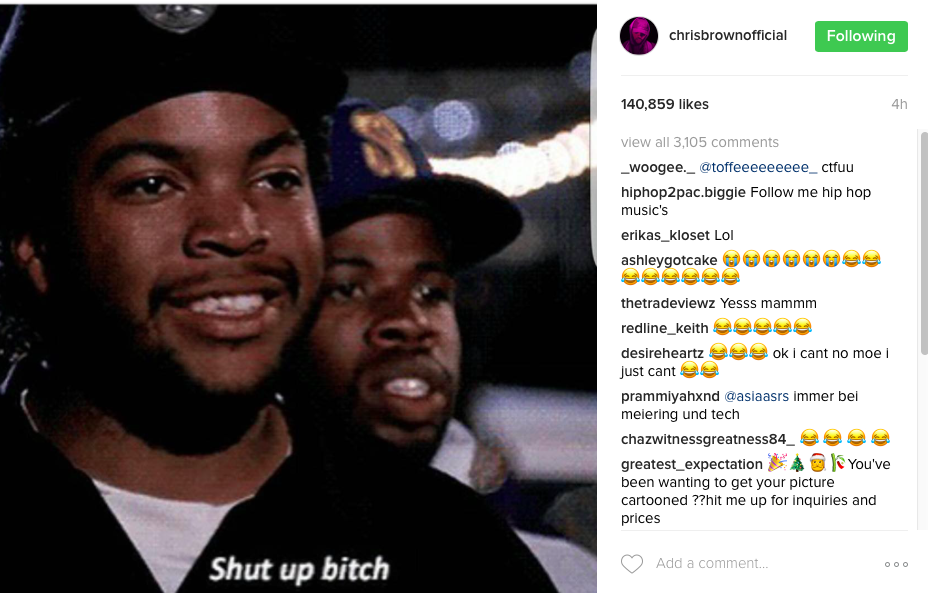 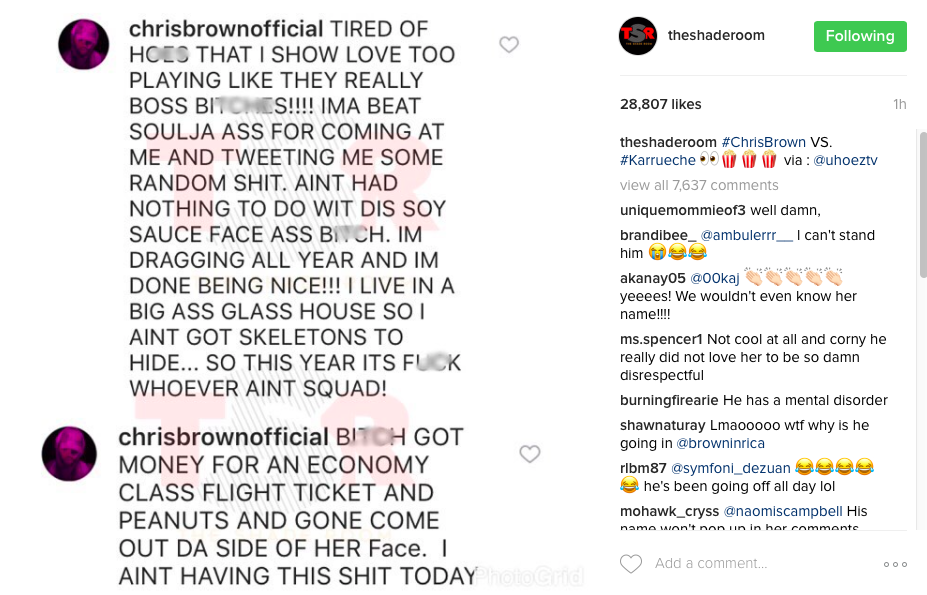 A few hours ago, Karrueche showed no mercy and ripped Brown on IG over him taking credit for keeping her relevant. Shortly after Karrueche’s hard-hitting remarks, Brown properly responded with a savage Instagram post about why she owes him her career. 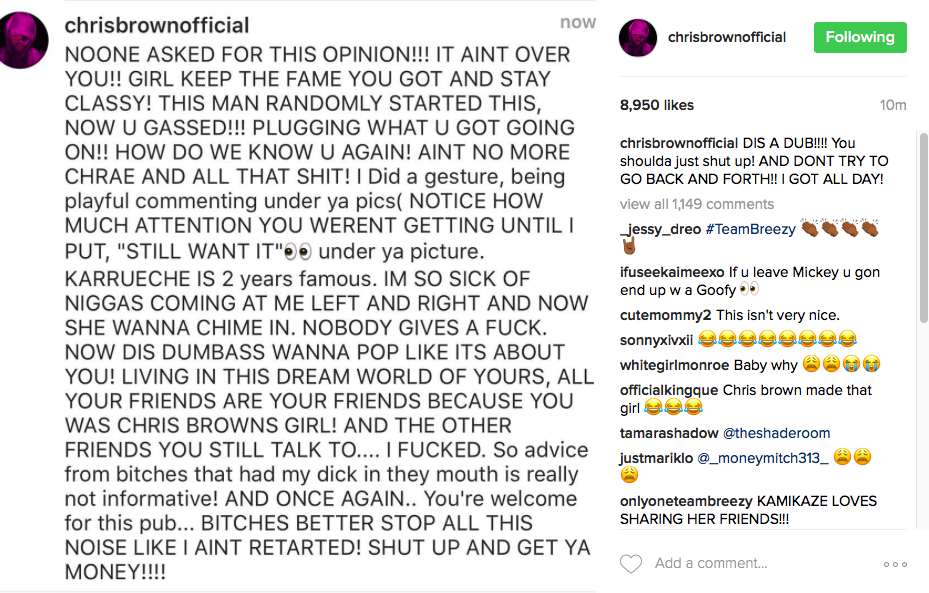 Earlier in the day, Brown responded to some Soulja Boy disses and referenced his tendency to comment on Karrueche’s IG page. 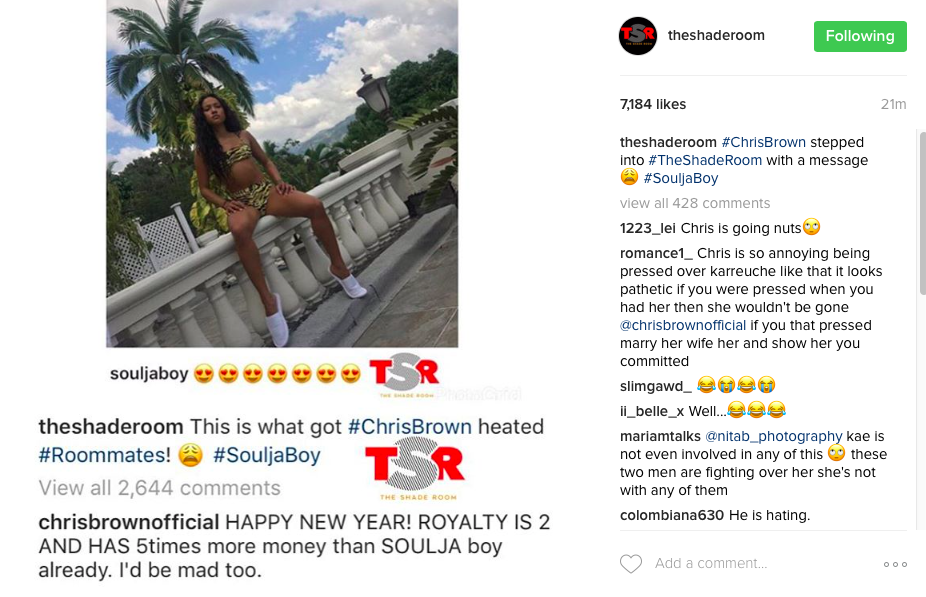