Over the past 24 hours, Chris Breezy diehards have flooded KT’s Instagram with snake emojis and hard-hitting disses. 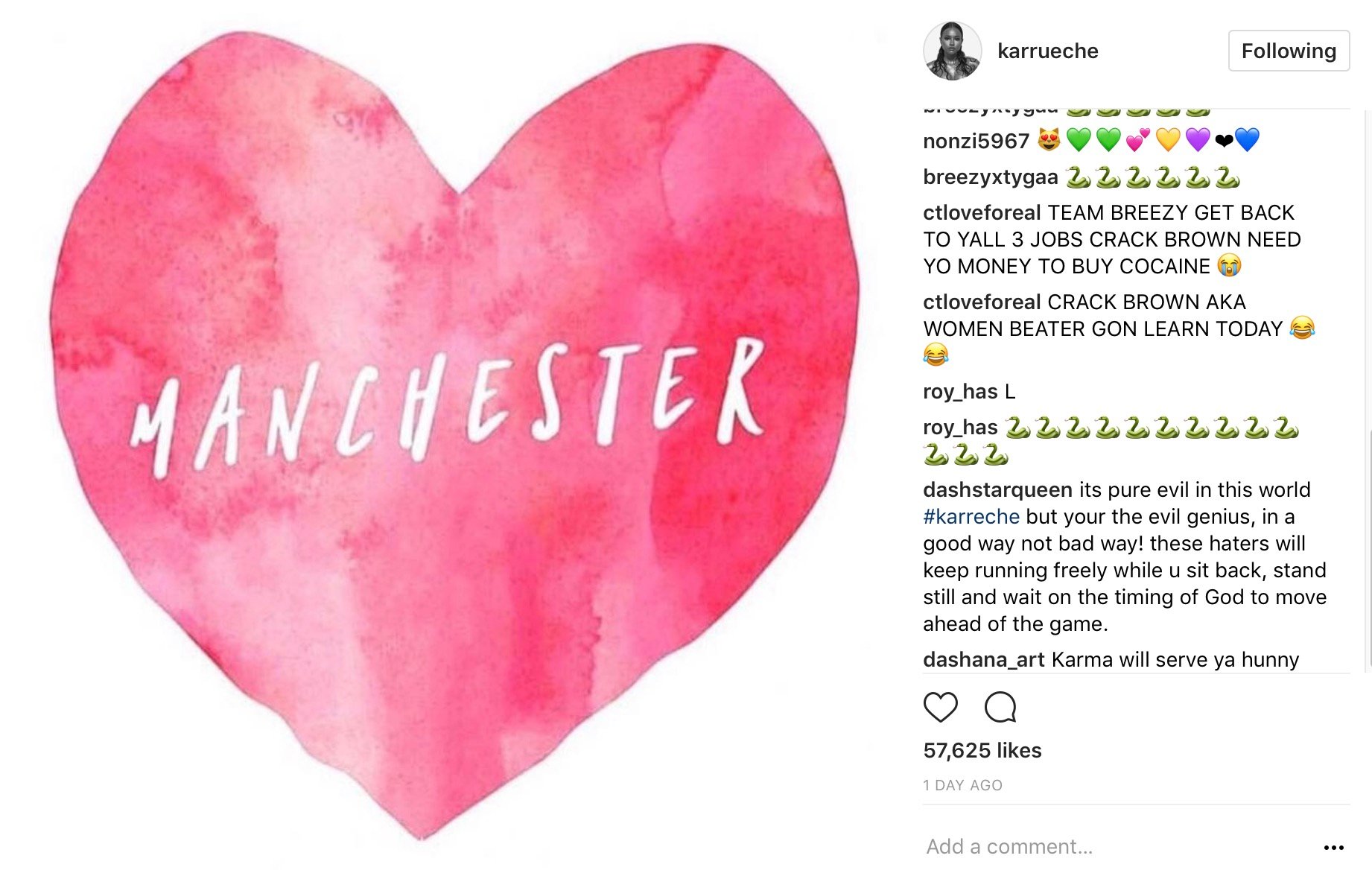 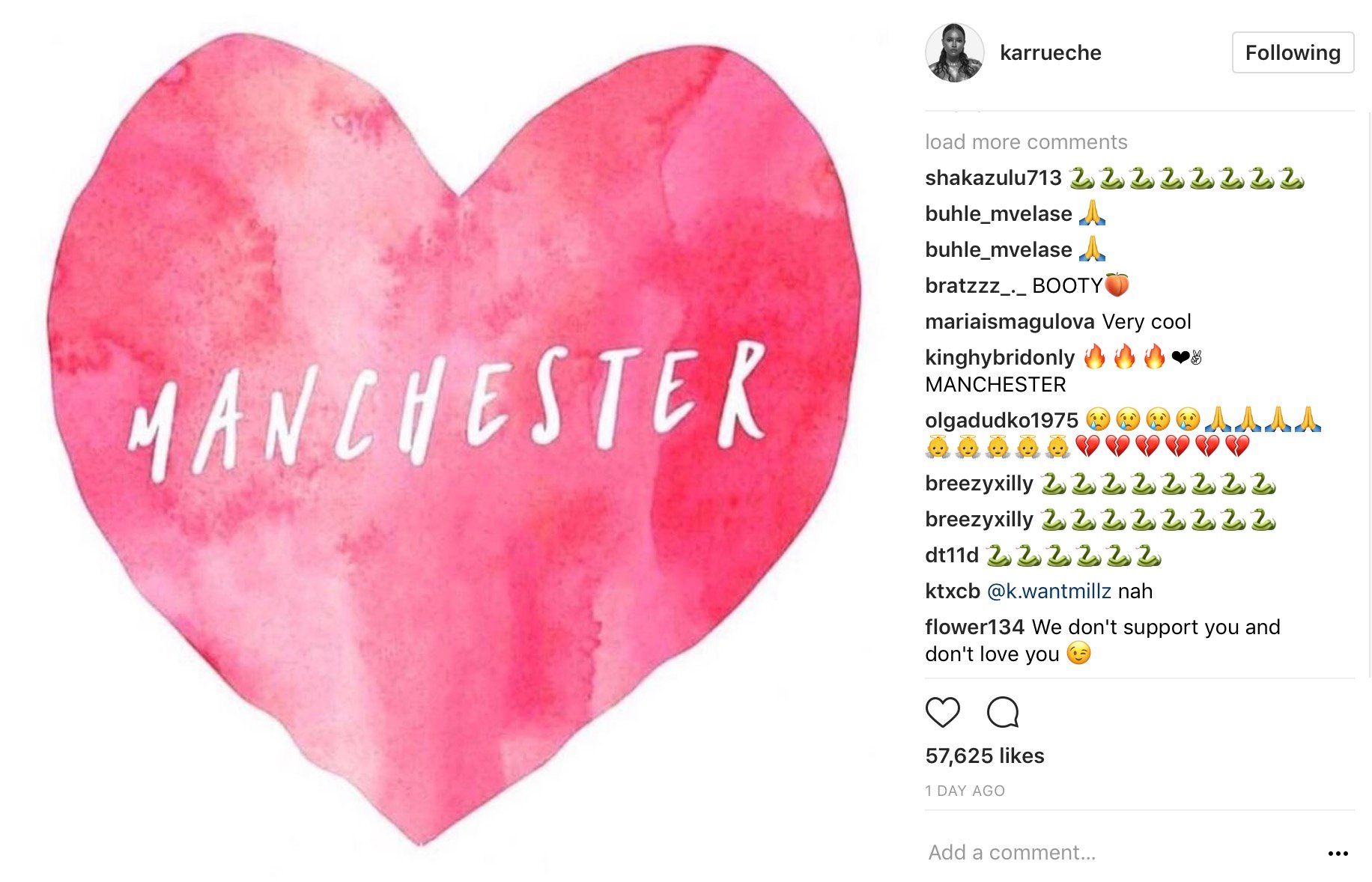 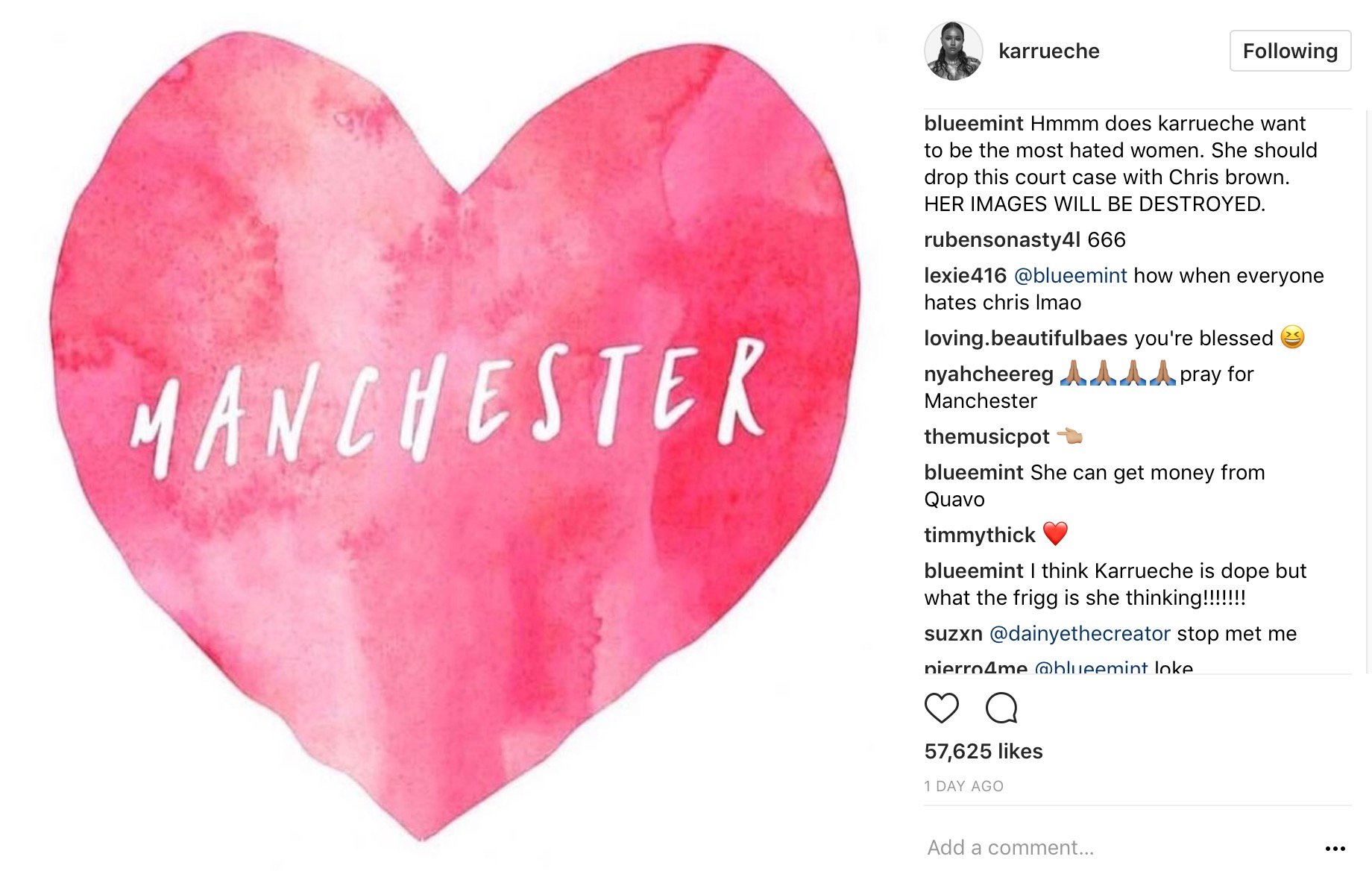 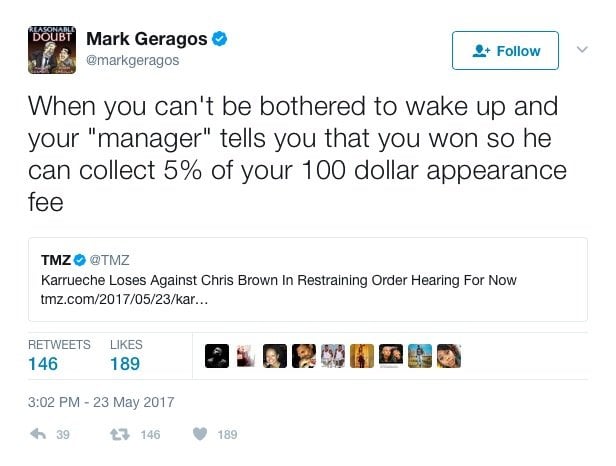 TMZ broke the story, Karrueche planned to get on the horn with the judge rather than appear in person, because she’s shooting a TV show in New Orleans. She was expected to take the judge through what she claims are a series of death threats and violent encounters at the hands of Chris. The judge wasn’t having it, saying in order to get a permanent restraining order against Brown she had to either appear in person or give 12 days notice before the hearing that she would appear via phone. (TMZ)