R&B singer Chris Brown may have not been served by ex-girlfriend Karrueche Tran‘s legal team. Chris Breezy has appeared to fire back at reports claiming he received legal docs at a recent birthday party. 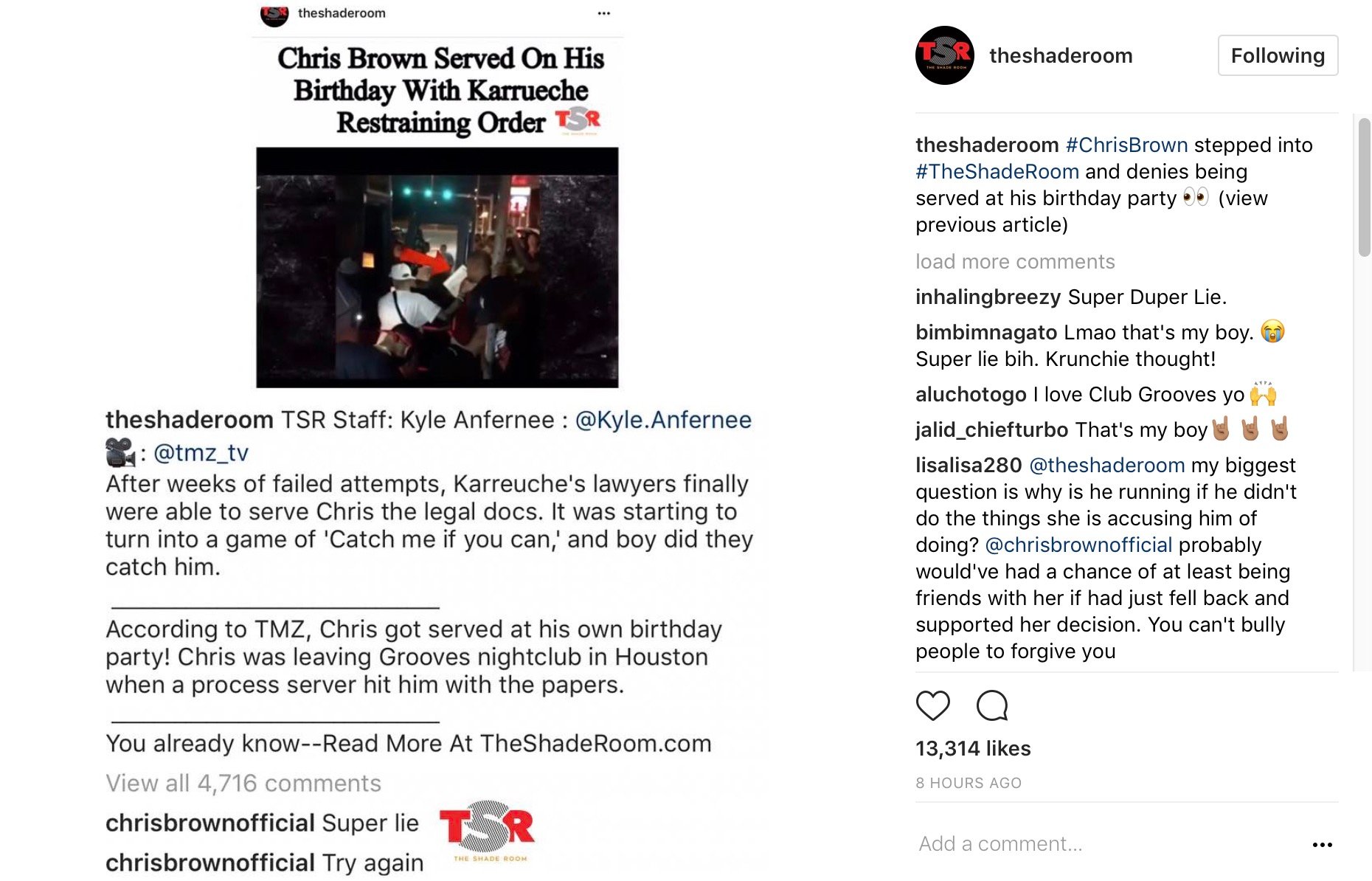 Heading into the weekend, reports emerged about Brown getting served with a restraining order from Karrueche’s legal team.

We’ve confirmed he was leaving Grooves nightclub in Houston when a process server slapped him with papers … and Chris was pissed. TMZ broke the story … Karrueche wants a judge to order Chris to stay clear of her, claiming he threatened to shoot her and has resorted to physical violence, punching her in the stomach and throwing her down the stairs. (TMZ)

In March, reports surfaced about Brown not letting Karrueche’s legal team serve her.

Chris Brown is still ducking Karrueche Tran’s domestic violence restraining order. The “Run It” singer won’t allow his law firm to accept service of the paperwork, his lawyer told Tran’s attorneys outside a courtroom in Santa Monica, Calif., early Wednesday. The problem forced the court to delay a morning hearing on the matter until April 19. Tran’s lawyers told the Daily News they’ve tried serving him with the help of law enforcement but got shut down. (New York Daily News)

Around mid-March, Brown denied having any ill will toward her. 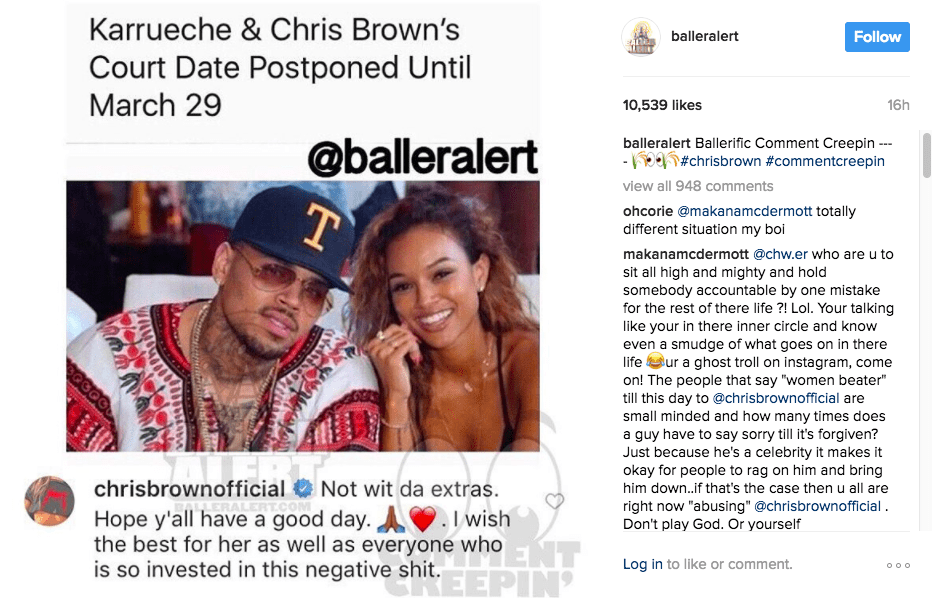