Chicago rapper Chief Keef is fresh out of jail. The hip-hop artist reportedly posted a $500,000 bond after getting locked up on multiple assault charges.

Keef went to Instagram Saturday with a handful of shots to prove he’s been released. 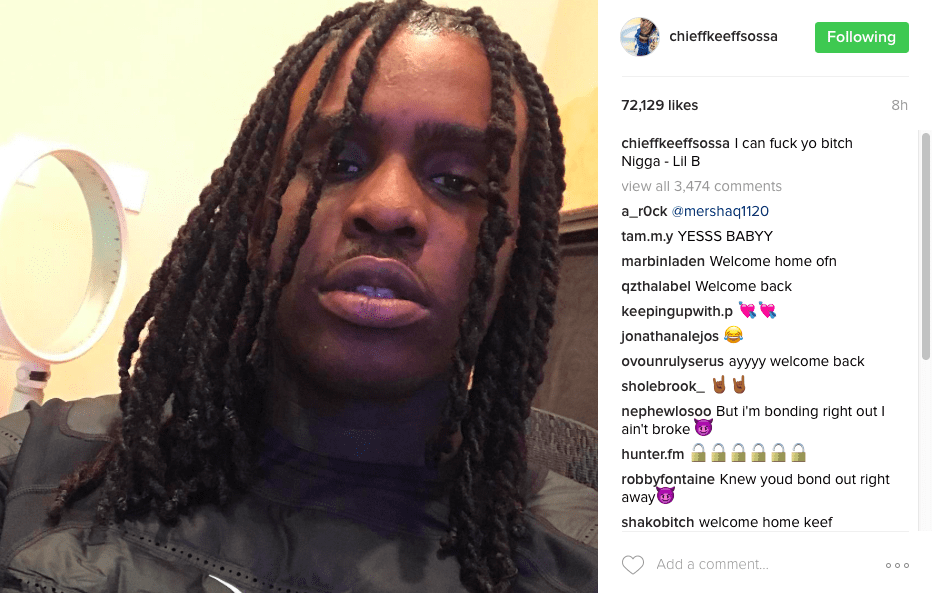 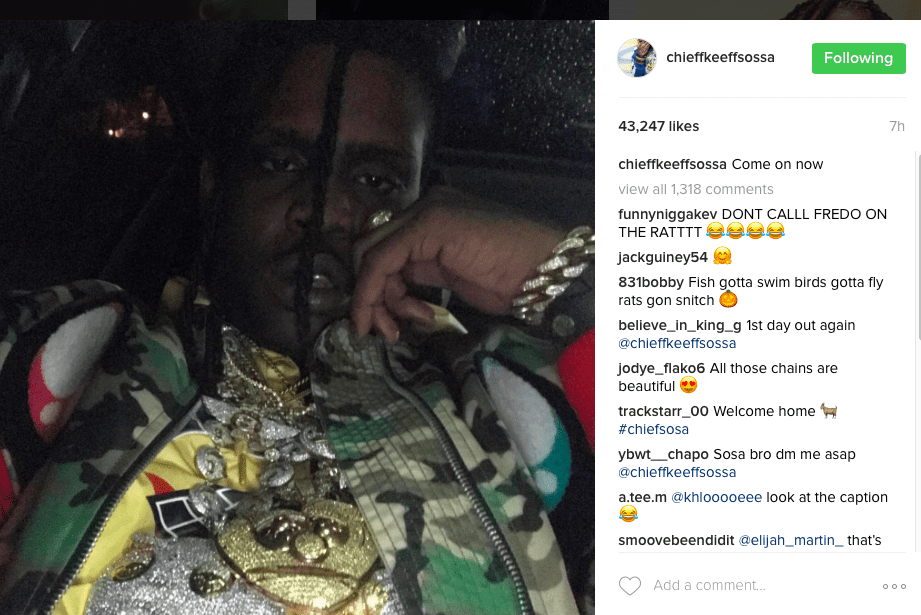 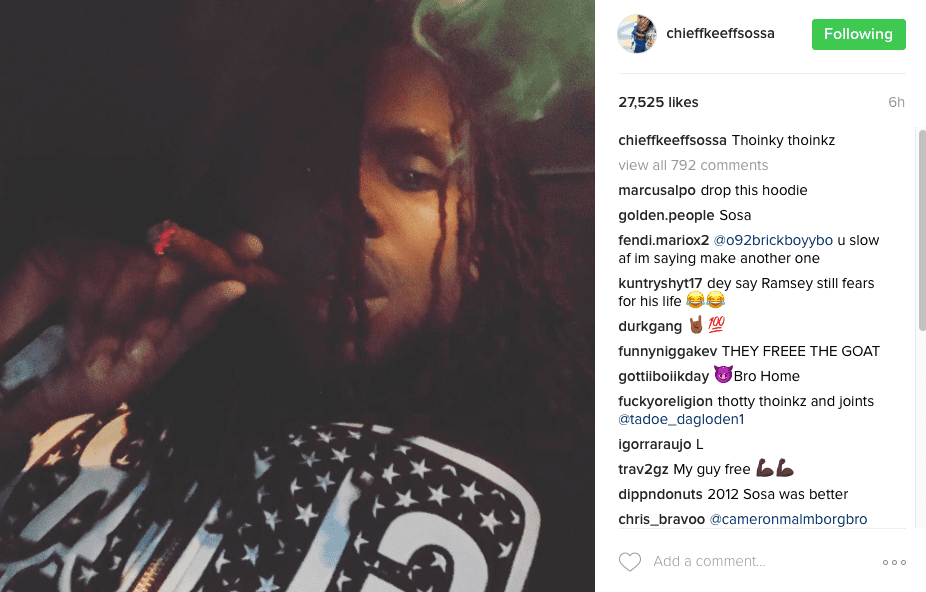 This week, producer Ramsay Tha Great defended calling the cops on Chief Keef after allegedly getting assaulted by him.

A couple days ago, buzz developed about the jaw-dropping arrest.

Keef was arrested for robbery and assault after he and armed associates allegedly assaulted former producer Ramsay Tha Great in his home. According to TMZ, “Keef and one other individual” were taken into custody. In a shot from the local television news, fellow Glo Gang rapper Tadoe can be seen being taken into custody by law enforcement alongside Keef. (Pitchfork)

The crime reportedly went down earlier in the month.

Law enforcement sources told TMZ that the 21-year-old hip-hop star was taken into custody and charged with robbery and assault in connection to a home invasion that took place at Ramsay’s LA home last week. He had been wanted for questioning for several days after the producer filed a police report and took to Instagram to call out his former music partner, who was allegedly armed and joined by several others during the incident. (Page Six)

Comments Off on Chief Keef’s Fresh Outta Jail & Back To Trolling: “Come On Now”