Chicago rapper Chief Keef is escaping the negative press he recently received courtesy of a Miami police bust. The hip-hop star has bounced back with the help of some attractive ladies and fellow rapper Tyga.

Chief went to Instagram Tuesday (April 11) with shots of himself and Tyga on-set of their “100’s” music video. 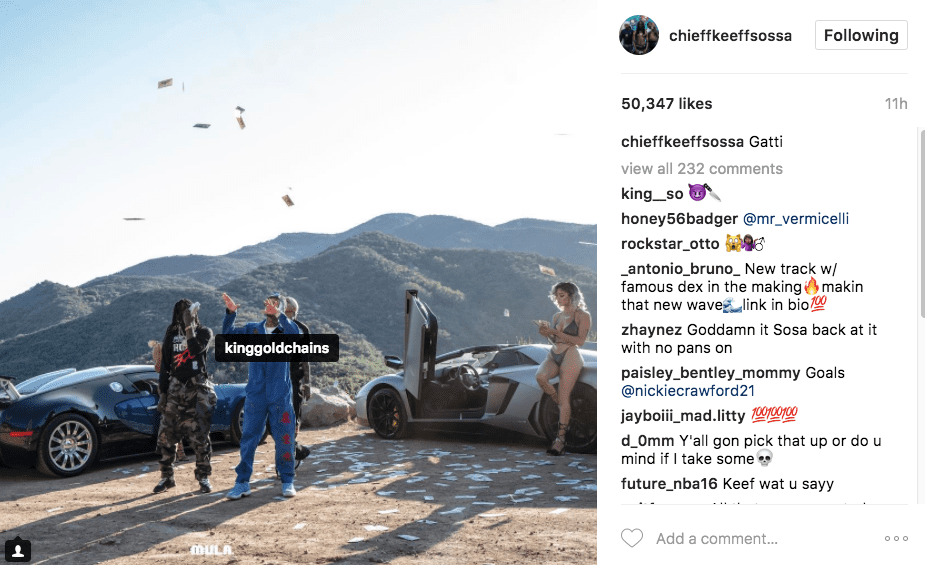 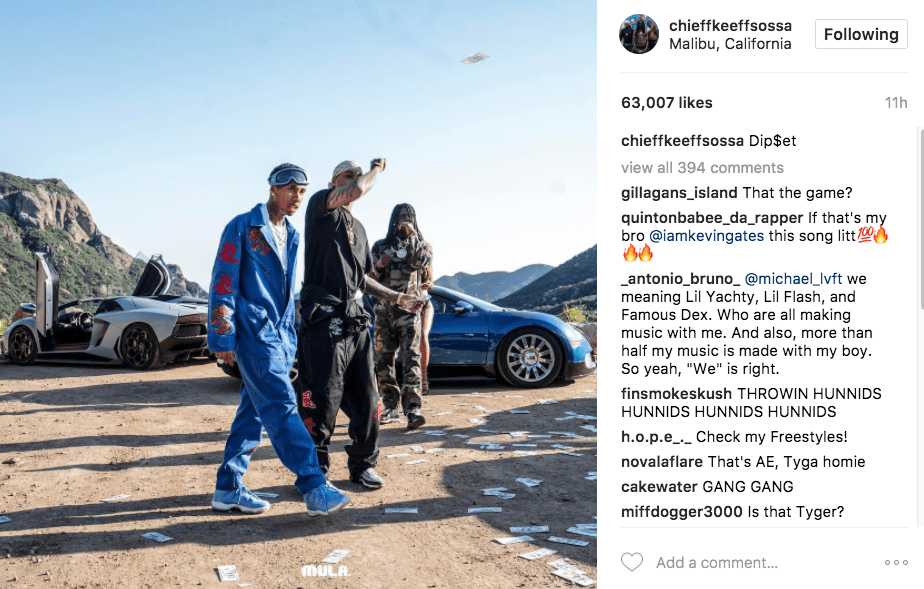 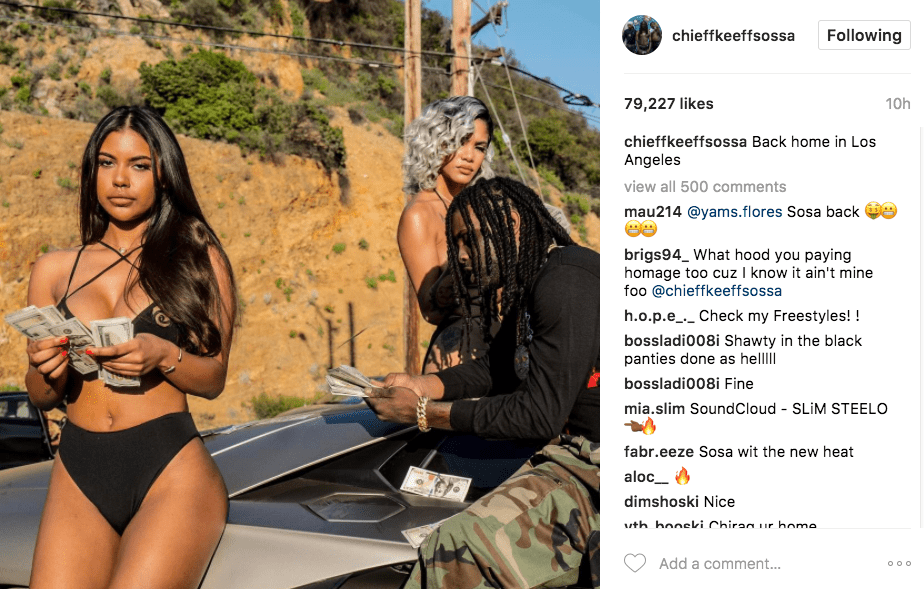 According to the Miami Beach Police report … Chief was booked Saturday for felony DUI after he failed a sobriety test when he and another vehicle were stopped for what appeared to be a weed transfer. Cops also found a cup full of “sizzurp” … the codeine-laced drink Lil Wayne’s always rapping about. (TMZ)

This past weekend, buzz generated over Keef landing in handcuffs after a run-in with cops.

Law enforcement sources tell us Keef was driving a green Lamborghini when his passenger allegedly got out and started talking with the vehicle behind theirs. We’re told cops saw the commotion and believed there was an exchange made, initiating a stop. Witnesses on scene tell us officers discovered marijuana in at least one of the vehicles. At this time, we’re told Keef and 4 others have been brought in for questioning … but he hasn’t been officially booked or charged with anything. (TMZ)

Shortly after the bust, footage had emerged online of Keef out of police detainment.

Comments Off on Chief Keef Keeps Away From Police Bust W/ Beautiful Women & Tyga: “Back Home”