Charlamagne Tha God & Meek Mill’s Sister Go At It: “Excited Over Another Man Posting Him On A Projector”

Screenshots of the hip-hop personality and Meek’s sis arguing over a picture Drizzy featured during his concert have emerged. 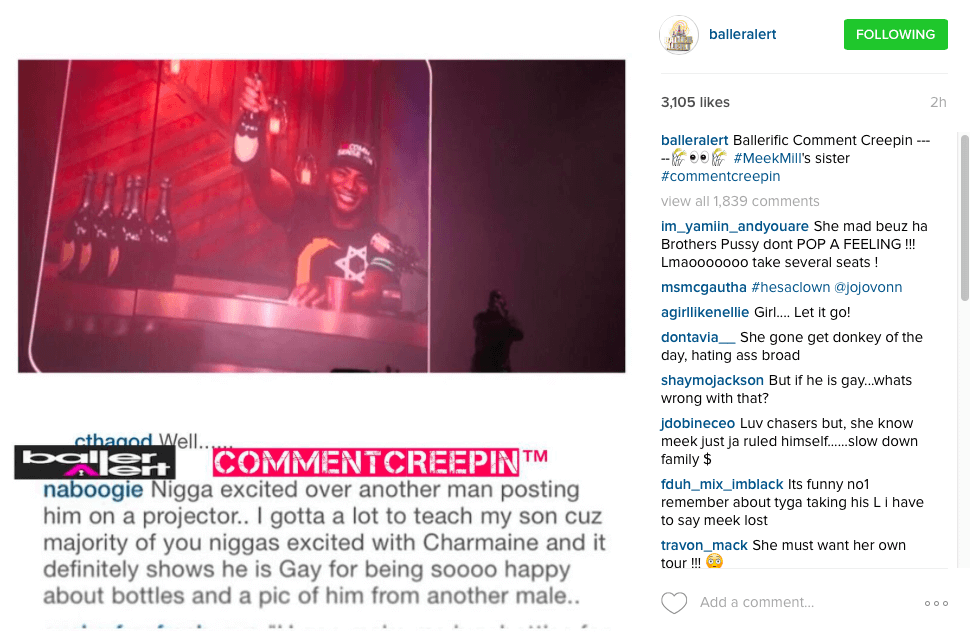 Footage of Drizzy letting loose on Meek by dissing him publicly and performing diss songs like “Back To Back” have surfaced.

#PressPlay: #Drake ain't have to do #MeekMill like that 😩😩😩😩

What did we learn 😩😩 #MeekMill #Drake

"You did it to yourself. I'd never let anyone disrespect my city" drake going in on meek

Footage of rap star Lil Wayne vibing out to Drizzy’s “Back to Back” Meek Mill freestyle diss recently bubbled online this past weekend.

Recently, 50 suggested the feud could have something to do with Meek’s superstar girlfriend.

“I think it’s really a Nicki [Minaj] and Drake thing going on. I don’t [care about ghostwriting] – if I care, then you can’t ever listen to Puffy again. … If you’re going to penalize Drake, you gotta penalize everybody. I wrote everything. One time I took a line, straight to the bank – I would think that he would be conscious of Nicki before he would just say something, when he knows Nicki and Drake have a relationship. They’re down with each other. They’re in the same crew. Even if you just heard it randomly you would be talking to her before you say something publicly about it. Obviously she shares the same views, because she hasn’t really responded to it publicly.” (St. Louis’ 104.1 FM)