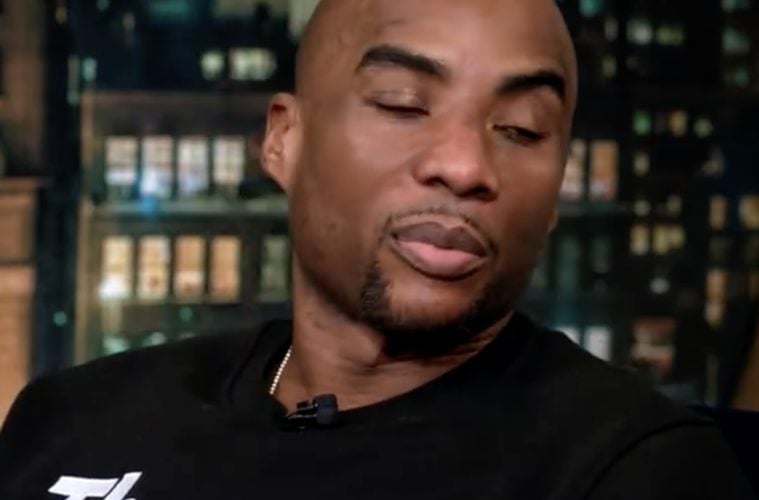 Charlamagne Tha God Has A Message For Everyone Ready To Cancel Kanye West: “We’re All Wack”

Radio veteran Charlamagne Tha God has some words for Yeezy haters. The hip-hop personality has responded to people ready to pull the plug on Kanye West.

In a new interview, Charlamagne spoke up for Ye and said people should realize we’re all jumping the gun on West.

“I think we’re all wack and we’re all hypocrites. I think we all contradict ourselves because we see a guy sitting there, screaming that he may have mental health issues, but everyone wants to cancel him.” (Buzzfeed)

Posted by PROFILE by BuzzFeed News on Friday, October 26, 2018

Recently, Charlamagne defended his decision to cancel a mental health debate with Kanye going down in New York.

“For what I’m trying to do which is like elevate the conversation of mental health in the black community and you know, try to eradicate the stigma around mental health, I just didn’t think it’d be a good conversation. It’d be a distraction.” (“Late Show With Stephen Colbert”)

In early October, Charlamagne revealed the event along with Ye’s involvement.

Oct 17: Join me for a @timestalks with @kanyewest about Anxiety, Therapy, PTSD and all the other Mental Health stuff we don’t discuss enough. Also discussing my new book #ShookOne “Anxiety Playing Tricks On Me” moderated by @joncaramanica of the @nytimes. Buy tickets before they're gone link in my bio!!!

This @nytimes #TimeTalk conversation moderated by @joncaramanica is all about MENTAL HEALTH. Join us. Tickets available in my bio….