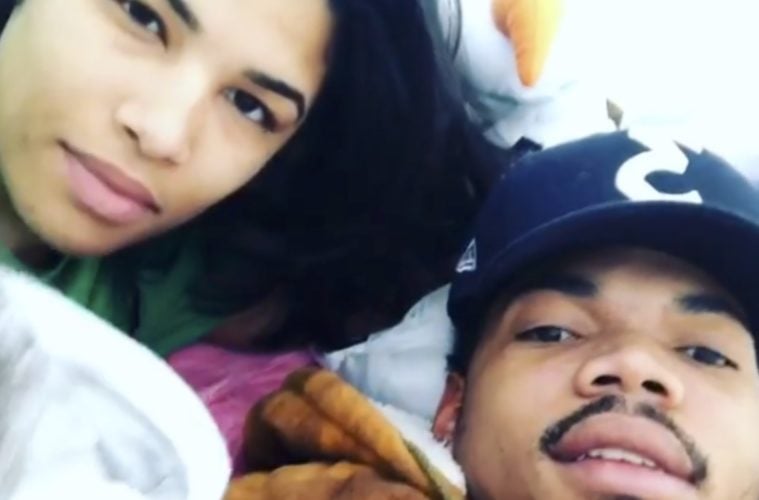 Chicago’s Chance The Rapper has legit put a ring on it. The hip-hop star has proposed to his longtime girlfriend Kirsten Corley.

Pics and footage have surfaced of Chance busting out the big question during a family outing.

#TSRProposals: Congrats are in order for #ChanceTheRapper and his new fiancée #KirstenCorley!! He popped the big question y’all! 💍😍

Back in May, Chance penned a gushy love note to Corley.

The duo started dating five years ago and share a daughter together.

The couple share 2½-year-old daughter Kensli Bennett, who they welcomed in September 2015. The engaged pair began dating in 2013, but they separated in May 2016 when Corley filed court documents to declare the rapper Kensli’s father. She asked the court’s to remain “sole caretaker” of their daughter and also requested child support, according to the Chicago Tribune. Corley withdrew her filing in January 2017 when she and the rapper reconciled. (People)