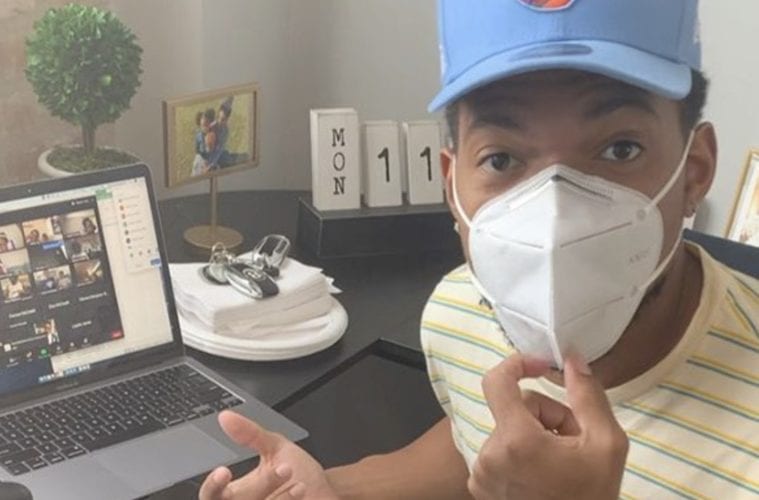 Chicago hip-hop star Chance The Rapper has some thoughts he’s getting out to the masses. This week, the rap heavyweight went to social media to get political and speak on this year’s presidential election.

In a series of Twitter posts, Chance announced he’d vote for Kanye West over other presidential candidates Joe Biden and Donald Trump. He defended ‘Ye and clarified there weren’t any better options.

“And yall out here tryna convince me to vote for Biden. Smfh … Everything I seen been more on the #anyonebutKanye side, but I understand the only vote for who I think can win politics … Why tho? Is there a better choice?”

Chance aired out on Biden and trolled him over recent comments to radio personality Charlamagne Tha God. Biden notably told Charlamagne that if you voted for Trump, you weren’t black.

He continued speaking on getting rid of prisons and offering universal housing. Chance also polled followers on the matter.

Chance spoke on vaccinations, the term presidential, the murder of black man Fred Hampton, and several other things. The father of two also took a moment to acknowledge his tweets had him trending.

“I didnt plan on trending today, but I would like take this opportunity to say: with all these apologies and accountabilities going around the city of Chicago and the Chicago Police Dept should finally admit to and denounce the assassination of Fred Hampton. I also always felt a way about people using the word “presidential”. Like a n*gga acting or not acting presidential. Was Andrew Jackson acting presidential??” -Chance The Rapper’s Twitter