@sohh @sohhdotcom
32.8k Views Comments Off on Chance The Rapper and Justin Bieber Have New Music Dropping In 72 Hours
Share

Chicago’s Chance The Rapper and Justin Bieber are going to get everyone excited about T.G.I.F. The hip-hop superstar and pop heavyweight have teamed up and announced their new “HOLY” song arrives in 72 hours.

Chance The Rapper and Justin Bieber Get HOLY

Both Chance and Justin took to their social media pages to break the big news. Without giving away too many details, they revealed the song’s title and its Friday release.

The massive news comes just hours after Chance put on a memorable livestream show. The rap superstar put on for his city by performing music at the Ralph Lauren Chicago Flagship store.

Over the years, both Justin and Chance have shared ample microphone time together. The duo had put out chart-topping collaborations including DJ Khaled‘s “I’m The One”

In April 2020, Chance went online to celebrate the anniversary of his unforgettable Acid Rap underground project.

“7 years. #acidrap tag someone this mixtape reminds you of” -Chance The Rapper’s Instagram 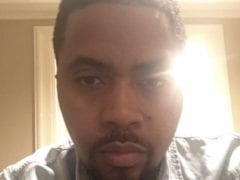