Chance The Rapper Threatens Spike Lee: “Now Stop Tweeking For I Get To Releasing Audio Of You Begging Me To Be In That Trash A** Movie”

Chicago’s Chance The Rapper has come forward to send a few shots at movie director Spike Lee following a recent jab from the Hollywood veteran over his Chiraq movie. 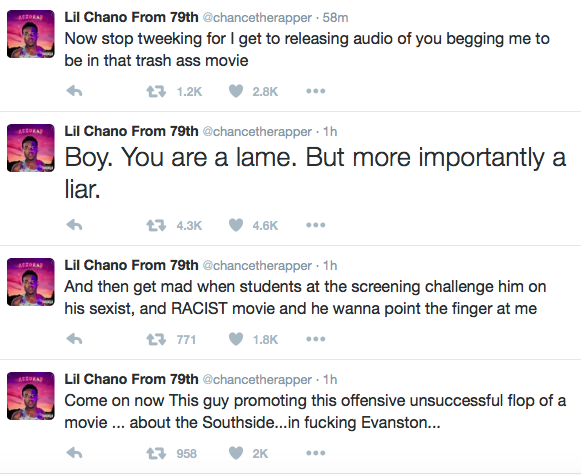 During a Northwestern University appearance last week, Lee name-dropped Chance and his credibility.

“Chance the Rapper’s a fraud. Straight-up fraud,” Lee said. “He puts himself up as a speaker of the people, but that means you have to put truths that you see. That doesn’t mean you can pick and choose what you talk about.” (North By Northwestern)

In a recent interview, Spike questioned Chance’s true issues with his film and accused him of being a hypocrite.

Chance took to his Twitter page last December and went at Spike for his new movie’s fictional solution to solving Chicago’s violence. 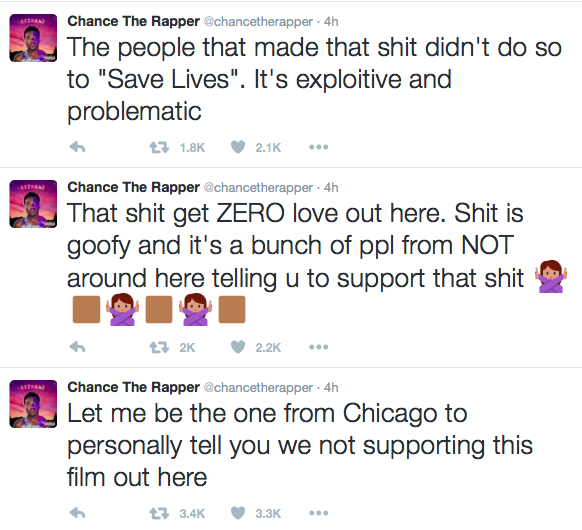 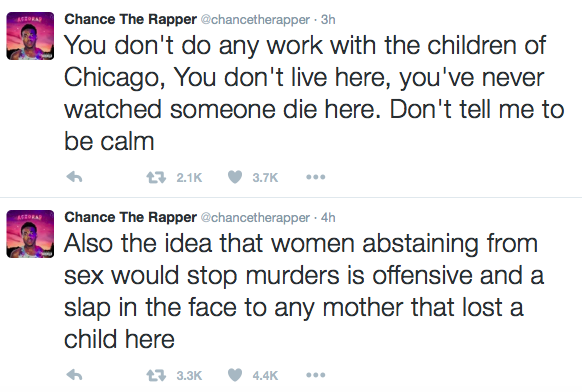