Chance The Rapper Hospitalized, Joey Bada$$ To The Rescue In NYC

Chicago’s Chance The Rapper is playing it safe by falling back on a scheduled New York City concert tonight (May 9) after reportedly being hospitalized.

According to reports, Chance had to nix a Manhattan show due to medical reasons Monday (May 9).

Chance The Rapper won’t be taking the stage as scheduled for a charity event Monday night (May 9) after being hospitalized, a source tells Billboard. The Chicago rapper was slated to perform at New York’s Terminal 5 for the “Night For NYC” event tonight, hosted by the Robin Hood organization to raise money in the fight against poverty. According to the event’s site, general admission for one costs $150 while deluxe admission runs at $250; 100 percent of every dollar would help “feed a family of four for one week.” (Billboard) 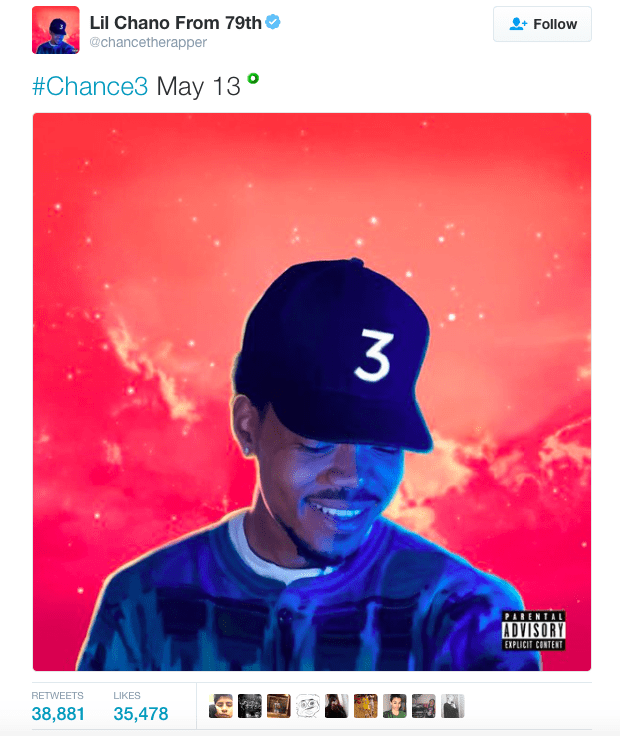