The festival announced its star-studded line-up Monday (January 23) on Instagram. 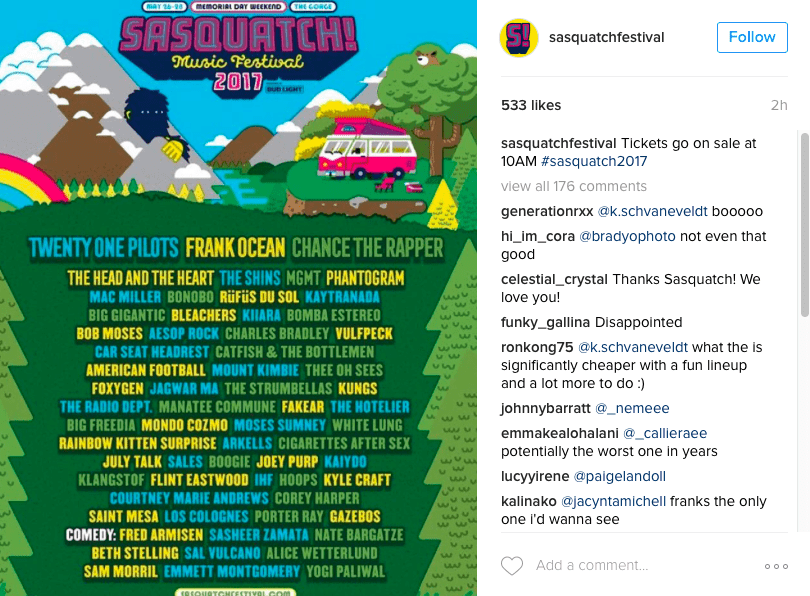 Tickets for the jam-packed May festival go on sale next weekend.

The festival, now in its 16th year, will also include non-musical entertainment, including comedians Fred Armisen and Sasheer Zamata. Tickets for Sasquatch go on sale via the festival’s website on Saturday, January 28th at 10 a.m. PST. (Rolling Stone)

Outside of landing festival shows, Chance recently talked about fatherhood and if he envisioned having more kids anytime soon.

“Not right now. It’s a lot to try and be a good dad right now. With all the distractions and all the things that I’m limited in doing by living in Chicago and being a person of notoriety. I don’t wanna tack on anything. I want to get my relationship with Kensli down pat and also just get older. I’m 23. I had her when I was 22. If I am gonna have more kids, it’ll be a blessing and I’ll accept it as a responsibility and a privilege, but I’m definitely not trying to have more kids right now.” (GQ)

In late December, Chance finally caved in and showed off the first public pics of his daughter. Ima cry. Dads know you can't/won't get this love anywhere else. We are the chosen few, the responsibility is heavy but the duty is an honor. Mothers better know it ain't one thing in this world we can do without you. Thank you to her mother, my mother and God for making all things possible. I can't wait to get back to this