Previous Next
Up Next
https://www.sohh.com/tag/cee-lo-green/
999 Views Comments Off on Cee-Lo Green Shuts Down Andre 3000/Drake Beef Rumor [Video]
Share
"]

“Stacks is killing ’em right now. I was telling him on the phone yesterda, I was like, ‘Ohh, you splashed on that Frank Ocean verse. But he was telling me that he did that verse like two years ago. Yeah, I can confirm that it’s not [about Drake], but it’s good for hip-hop.” (“Sway In the Morning”)

“After 20 years in /I’m so naive I was under the impression that everyone wrote they own verses /It’s comin’ back different and yea that shyt hurts me /I’m hummin’ and whistlin’ to those not deserving /I’m stumbled and lift every word, was I working just way too hard?” (“Solo (Reprise)”) 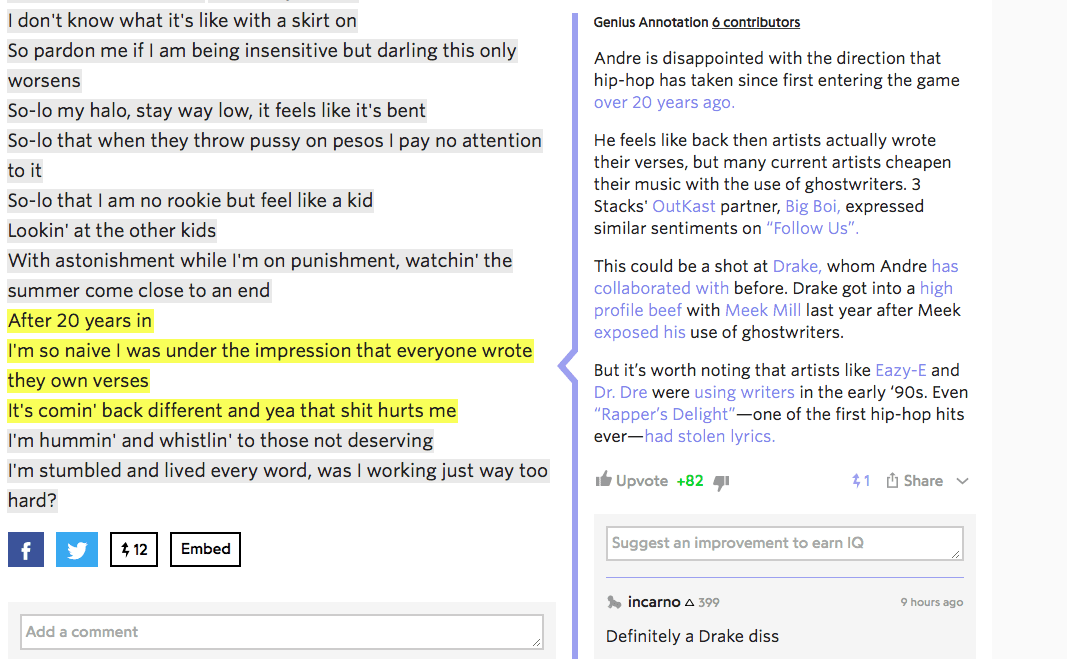 Andre 3000 really taking shots at drake when he drops a verse every half decade and still hasn't done a solo album.