Toronto Raptors global ambassador Drake’s team just lost one and is feeling the wrath of his viral enemies. The hip-hop star’s Instagram page has fallen victim to ruthless trolling.

After his team’s Sunday 109-102 loss to the Cleveland Cavaliers, the 6 God’s IG filled up with taunts. 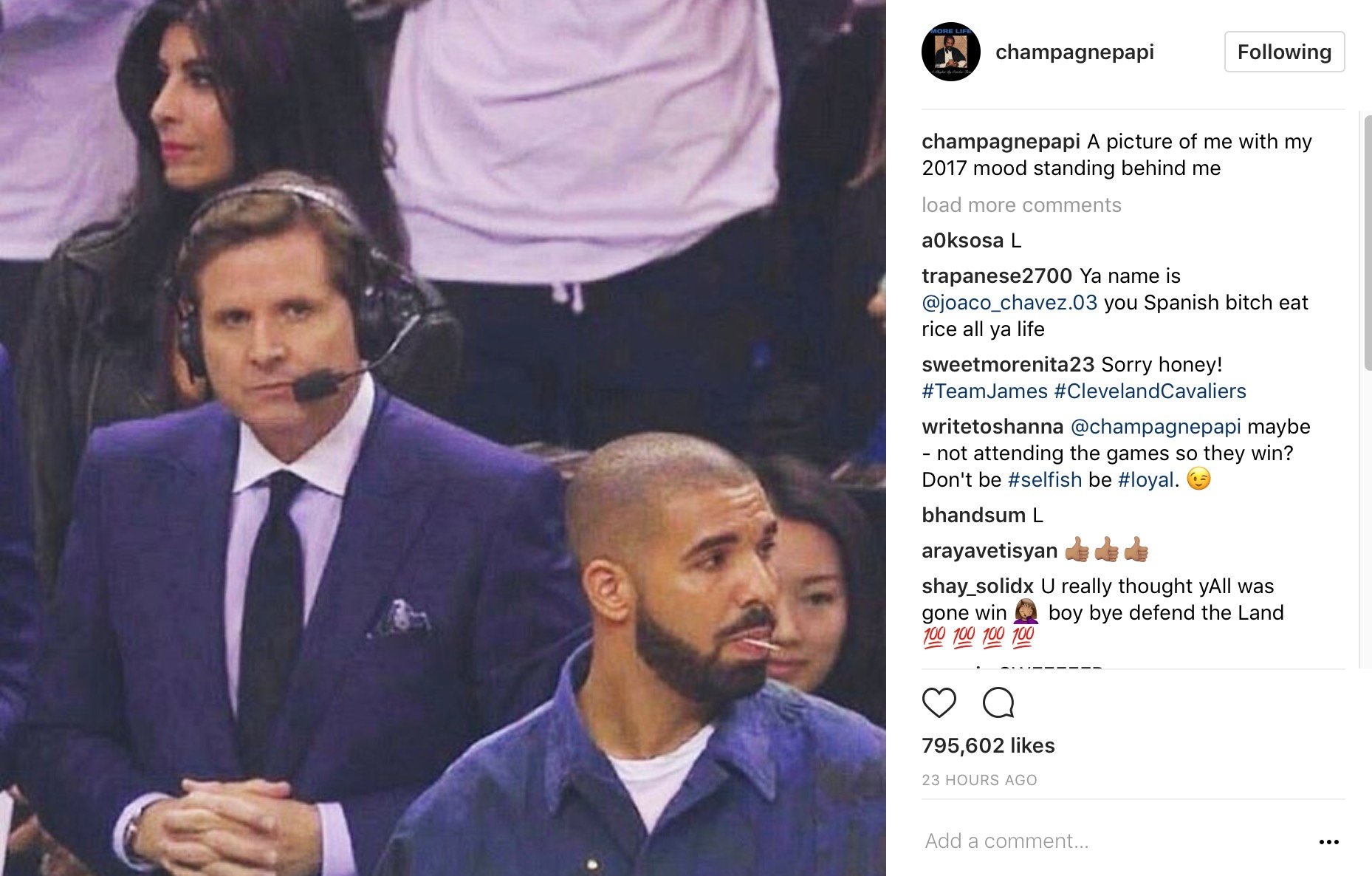 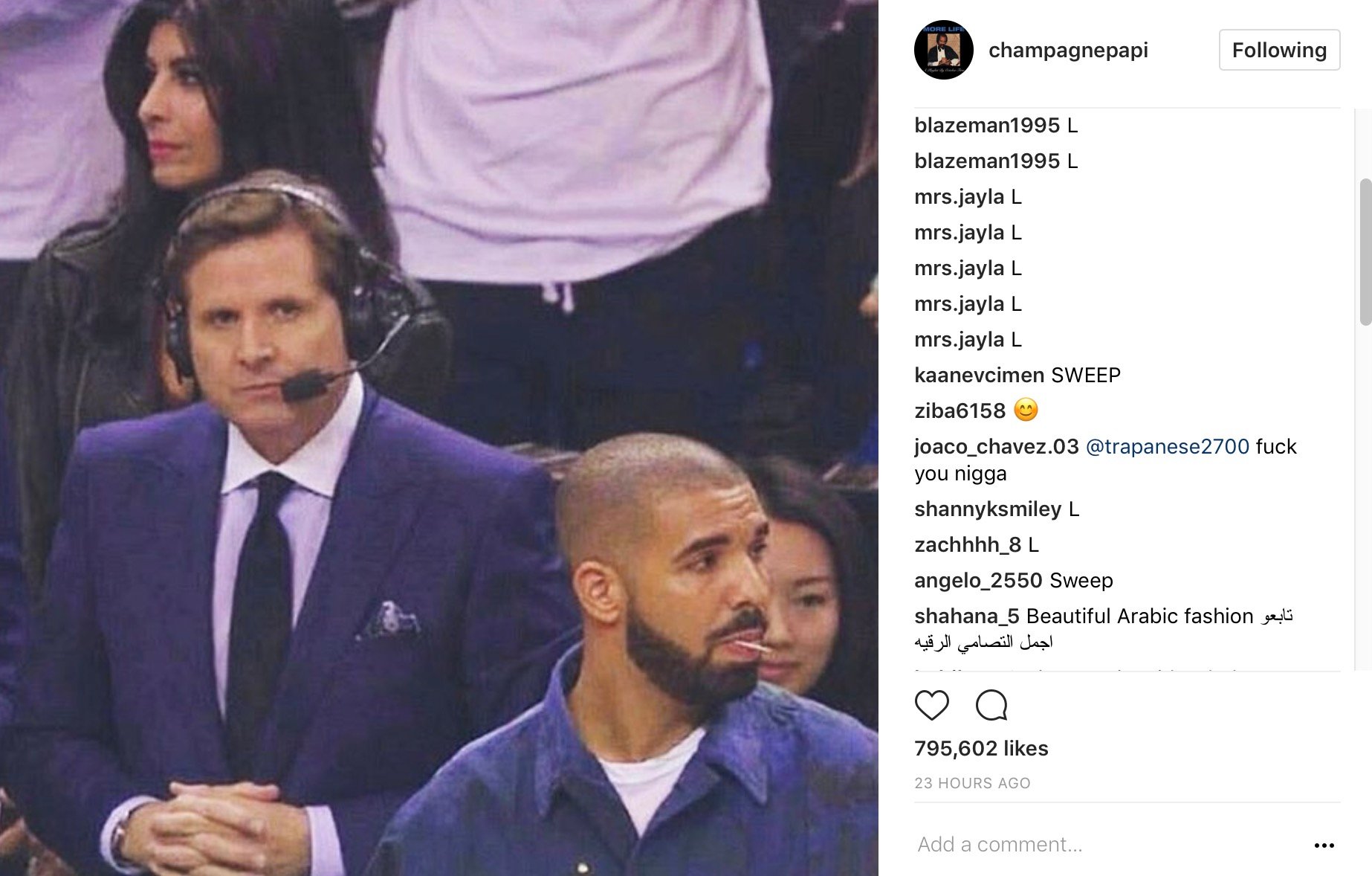 A few days ago, Drake lit up social media with footage of himself trash-talking to the Cavs at Game 3 of their NBA playoffs match up.

He looks like an adorable lil bear 😭 #drake #champagnepapi #ovo 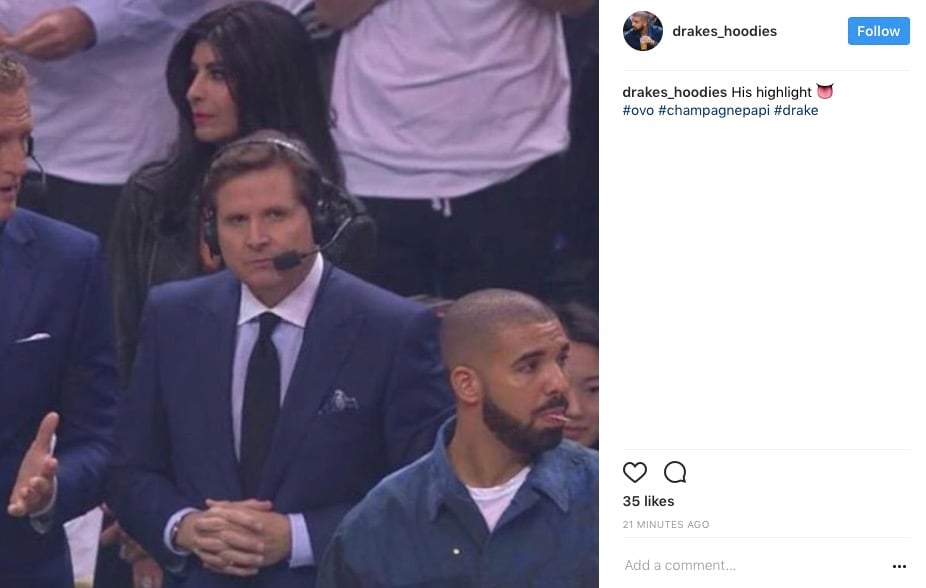 Earlier the same week, Drake publicly spoke out on his team suffering a Game 5 defeat at the hands of superstar LeBron James and the Cavs. 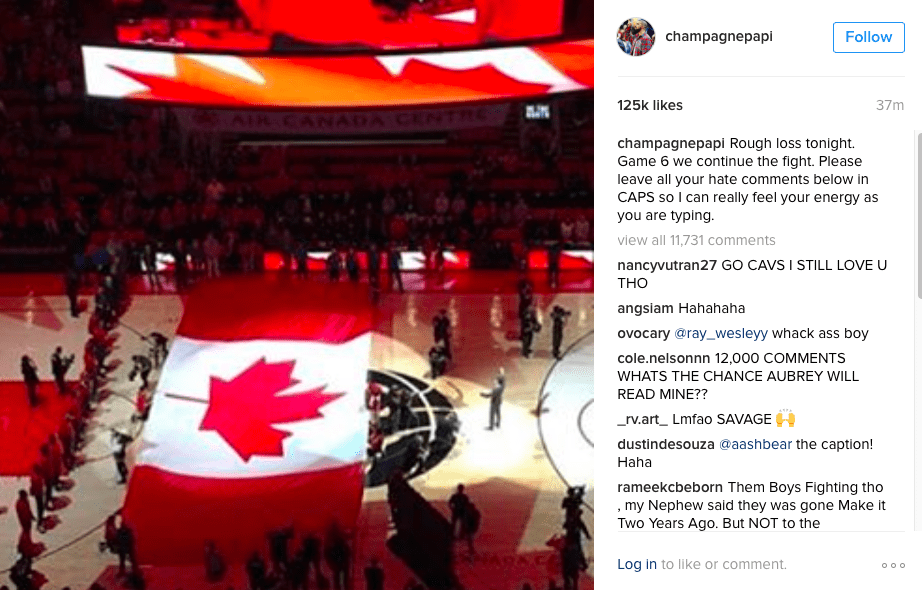