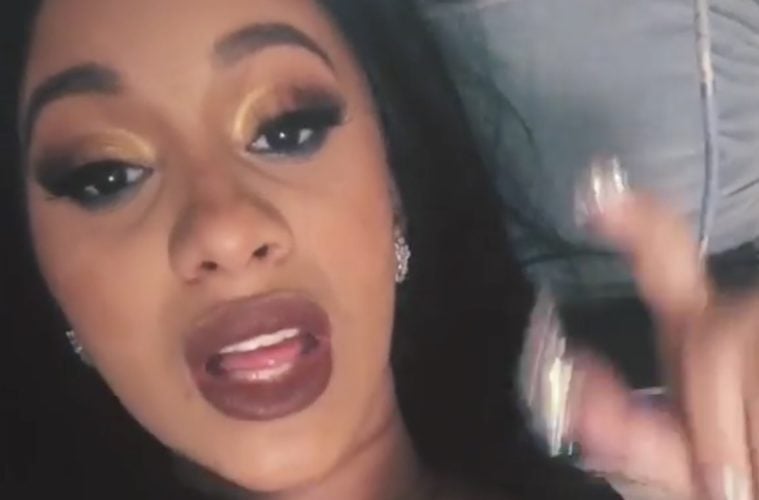 New York rapper Cardi B wants the full spotlight when next year’s Super Bowl halftime performance goes down. The hip-hop superstar is reportedly knee-deep in negotiations to hit the stage.

According to reports, Cardi wants to secure her own set when rumored group Maroon 5 perform in February.

A few days ago, buzz developed about the NFL possibly targeting Cardi and Houston rap star Travis Scott to pull through as halftime guest performers.

Maroon 5 will be headlining the Super Bowl LIII Halftime show, a source confirms to Billboard. While special guest appearances for the performance have not yet been finalized, Cardi B and Travis Scott are on the short list, Billboard has also learned. A rep for the band declined to comment. In a statement, the NFL said, “It’s a Super Bowl tradition to speculate about the performers for the Pepsi Halftime Show. We are continuing to work with Pepsi on our plans but do not have any announcements to make on what will be another epic show.” (Billboard)

In early September, Cardi B revealed an intent to have her daughter Kulture Kiari‘s name tattooed onto her body.

Hmm – we say the back or behind the ear? 📸 @iamcardib pic.twitter.com/r54XH7Htst

These teasers are killing us! lol 📸 @iamcardib pic.twitter.com/uk2rsdp1Dp