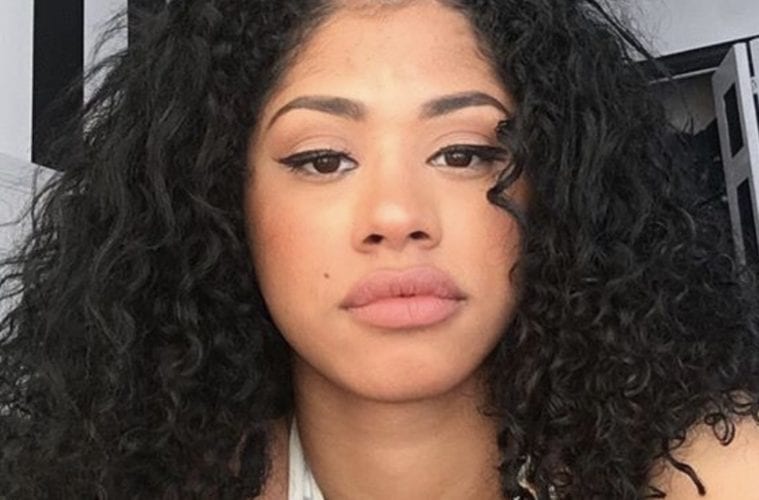 Vixen Hennessy Carolina is doing the most to the thirst trap these days. The hip-hop model has come through on social media to share a jaw-dropping new pic to her diehard fans.

On Thursday, rap star Cardi B‘s younger sister hit up Instagram with a must-like new pic. In the shot, Carolina is shown flexing her thigh game and booty in a white underwear pose.

Earlier in the week, Carolina shared her initial thirst trap modeling pic. The steamy shot even sparked a random co-sign from Cardi B.

“The last Cat that slept on Henny took a nap”

Recently, Hennessy shared some up-close looks at her boo on Valentine’s Day. Carolina released a hilarious clip of themselves turning up at a local White Castle fast food restaurant.

A few months ago, Hennessy shared some steamy footage of herself twerking on her boo.