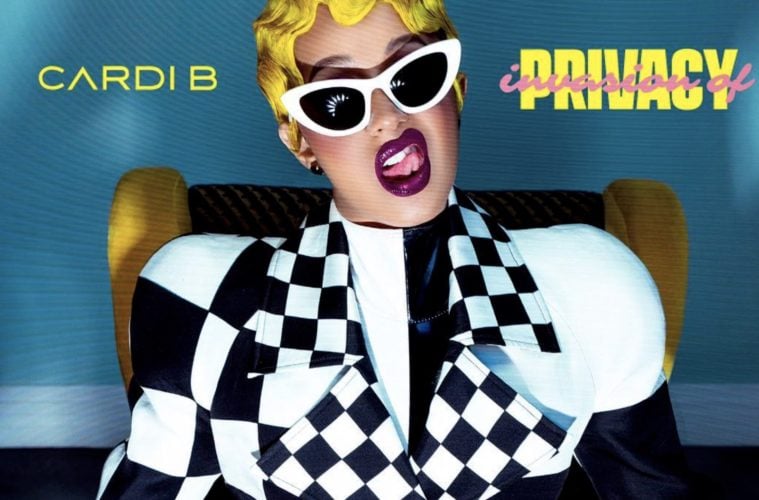 New York rapper Cardi B has plenty to smile about these days. The hip-hop newcomer’s Invasion of Privacy debut album has reportedly sold well over 250,000 copies after a week of availability.

According to reports, Cardi’s must-hear new LP easily sold a solid 254,000-plus records after coming out last week.

Cardi B’s Invasion of Privacy lands resoundingly at #1 on our Top 50 chart this week with 254k+ all in. In addition to having the second-biggest debut of 2018, the Atlantic breakout has the largest first-week streams for any debut album yet—according to the abacus-wielding primates we rely on for such things—as well as the most first-week streams (and most single-week streams) ever by a female artist. (HITS Daily Double)

This week, Brooklyn native Fabolous hyped up the importance of Cardi’s Invasion of Privacy release.

Congratulations are in order for Cardi B, whose debut album, Invasion of Privacy, dropped minutes ago and is already eligible for a Gold certification. The Bronx-born rapper can attribute this figure to the massive success of her debut Atlantic Records single, “Bodak Yellow,” which topped the Billboard Hot 100 last September and is certified 5x Multi-Platinum (5 million units) by the RIAA. As Chart Data recently noted, 10 track units equal one album sale, which means Invasion of Privacy has moved 500,000 units on the strength of “Bodak Yellow” alone, enough to earn a Gold certification. (Forbes)