Migos‘ Quavo is making sure critics know Cardi B has audio heat on deck. The hip-hop star has promised to deliver the “Bodak Yellow” hitmaker on the group’s upcoming Culture II album.

“I don’t know nothing about all that,” Quavo said when asked if Cardi B helped break the mold for reality TV stars to make hits. “Just chilling. Having fun. Culture II. She’s gonna be on Culture II.” (TMZ)

This week, Cardi B sparked headlines after announcing her long-awaited studio debut’s dropping next month.

“I have an album coming. It will be dropping in October. I’m an October baby,” Cardi B., who turns 25 on Oct. 11, said in a recent interview. “I’m a little nervous to put the project out, but I think it’s going to be pretty good.” … “Everybody’s waiting to see what I’m going to have next and it’s like, ‘…I hope people love it,’” she added. “But I have confidence. I really do.” (Billboard)

A few days ago, the rap newcomer flexed the growing success of her “Bodak Yellow” smash. 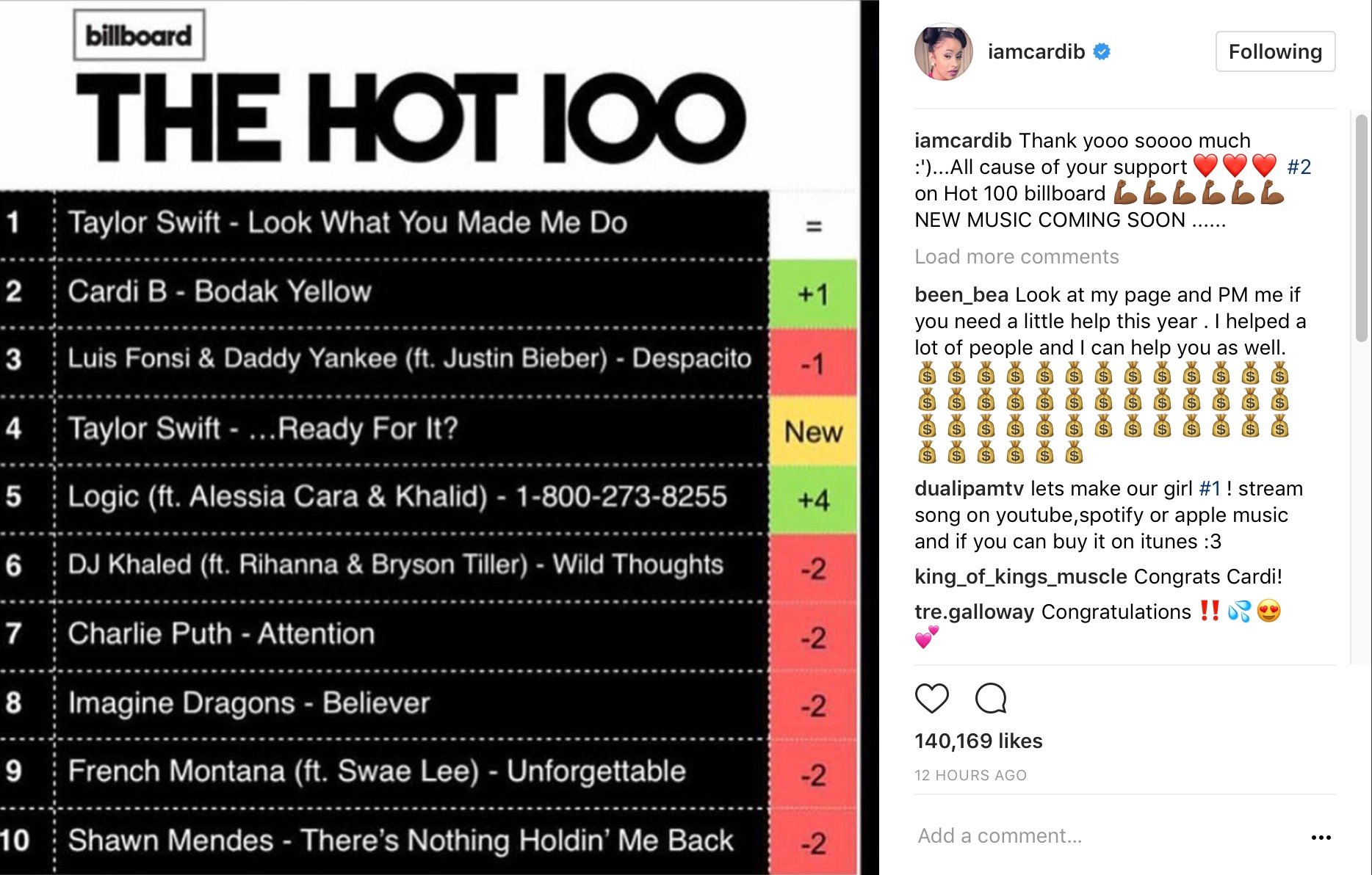 Earlier this month, Cardi B hooked up with “Power” actress La La Anthony and Beyoncé. 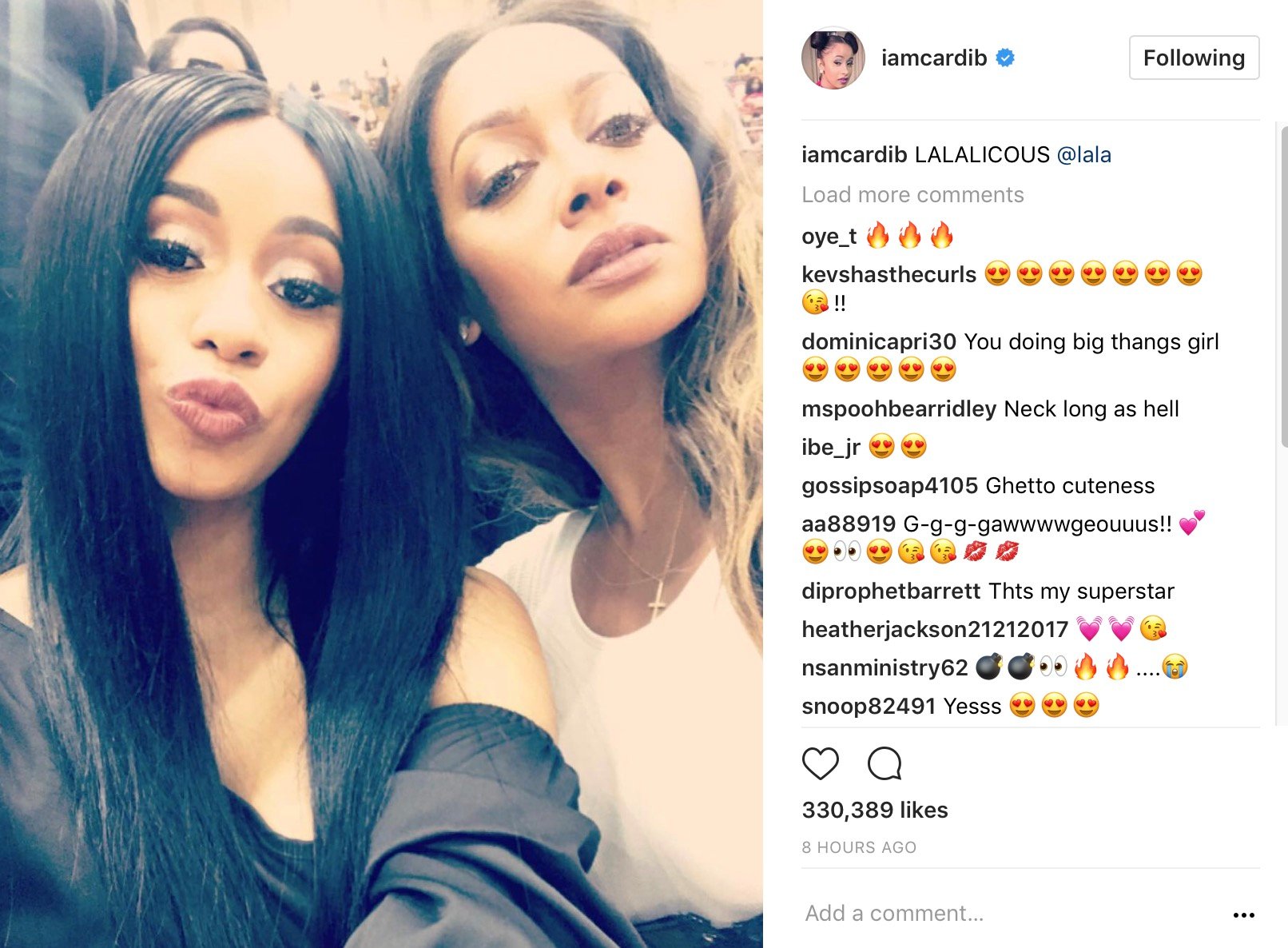 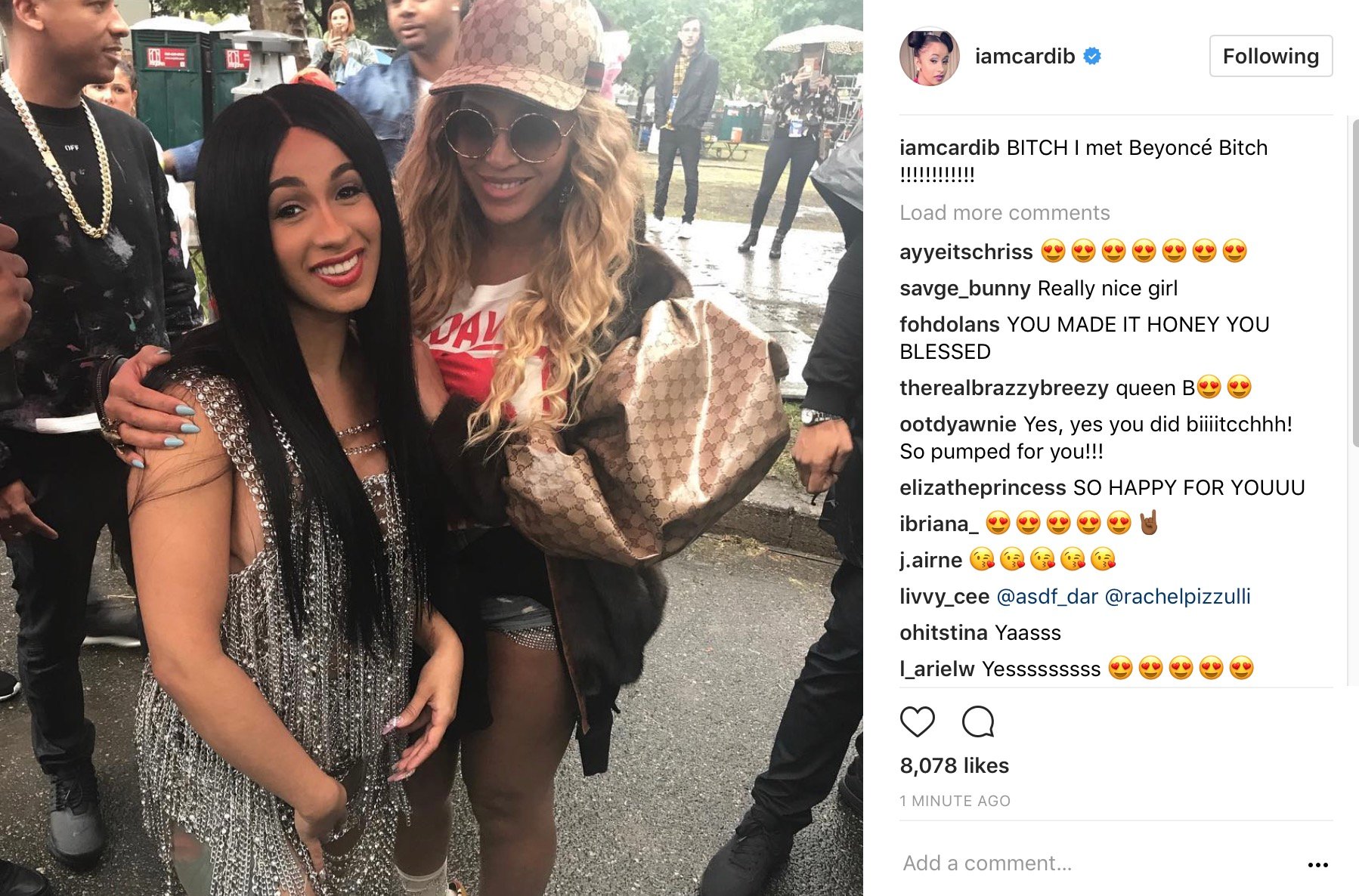