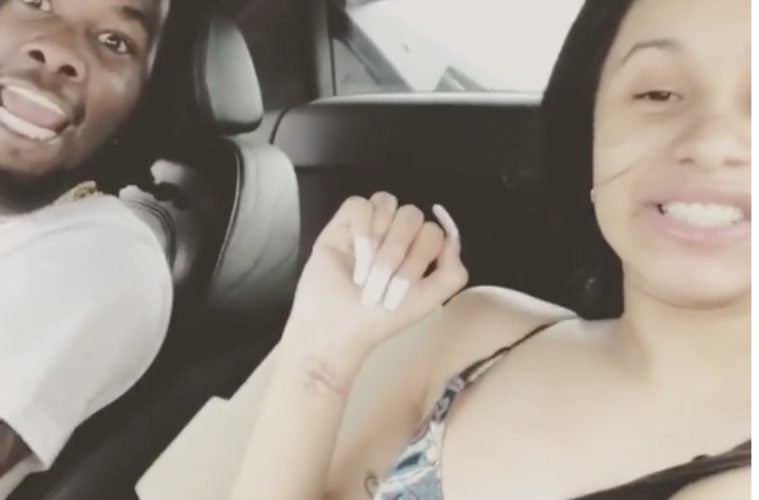 Cardi B Twerks Offset To Smithereens At 26th B-Day Party

New York rapper Cardi B made sure her husband caught every vibe of her 26th birthday party celebration. The hip-hop star linked up with her hubby Offset last night (October 11) in Los Angeles to turn up on her born day.

According to reports and pics, Cardi gave Offset a night he would never forget at an album release party.

CB celebrated her 26th bday Thursday night in Los Angeles at an album release party for Offset’s cousin, Quavo … and the “I Like It” rapper looked like a leopard in heat as she teased her hubby with some textbook booty shaking. The club was packed, and Offset had the best seat in the house as Cardi twerked the night away. (TMZ)

Cardi B ﻿really wanted it – grinding all up and down Offset ﻿on her thirst quest for birthday sex. #tmz #cardib #offset #birthday 📷Splash

Early Monday, Cardi shared coupled up footage of herself and husband Offset hanging out in a strip club.

Lovely fun nights …Back to work in the in a few hours:/

Last week, Cardi thanked Offset for coming through with a surprise Lamborghini truck.