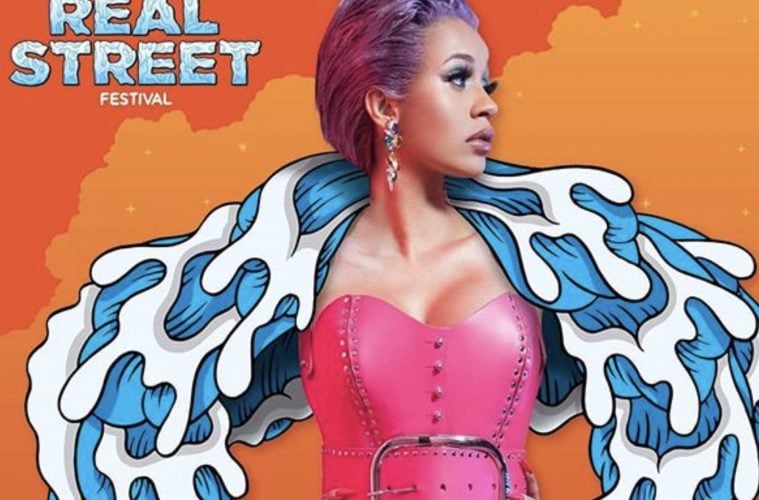 The annual Real Street Festival kicks off August 10th and 11th in Anaheim, California. Radio station Real 92.3 is bringing some of the most influential hip-hop and music stars to the Honda Civic Center.

This event will set the bar high as it brings together a wide variety of styles from coast to coast. Here are the Top 10 must-see performances once the festival starts up! [Words by Jordan Hancock]

ASAP Rocky brings the flavors of Harlem, New York to stage with tracks such as “Fashion Killa” and “Shabba”. His latest track “Kids Turned Out Fine” has had over 20 million views since its release date earlier this year in February – his current predicament has him behind bars in Sweden and the prayers are up for him to make it out and get back to his music grind!

Miguel from San Pedro, California is widely known for some of his top tracks including “Adorn”, “Remind Me To Forget”, and more recently, “Sky Walker”. Miguel was even awarded the Grammy in 2013 for Best R&B Song with “Adorn”.

Cardi B is one of the leading female rappers in the industry today. Originally from The Bronx, New York, this queen has quickly risen to the top with tracks such as “FeFe” and “I Like It”.  Her most recent song “Press” has had an astounding 17 million views within four days.

Big Sean is a talented artist from Santa Monica, California widely known for his album Finally Famous, which went Platinum in 2013. Some of his recent songs include “Moves” and “Sacrifices” with Migos.

Kid Ink represents the West Side in Los Angeles, California. One of his recent singles featuring Lil Wayne and Saweetie is quickly gaining attention. Some of his top songs today include “Be Real” and “F With U”.

The Migos bring Eastern vibes from Lawrenceville, Georgia. Their latest track, “Stripper Bowl” received over 6.5 billion views within a week of its release day. The Migos have successfully won The BET Award for Best Group these past three years.

Rapper Meek Mill represents Southern Philadelphia music this year at Real Street. Songs including “Going Bad” from his latest album Championships ranked top of the list for Billboard Top 100 in 2018.

Future, from Atlanta, Georgia, is one of the top paid hiphop artists in America today. Earlier this year, Future acquired his first Grammy for Best Rap Performance.

2 Chainz represents College Park, Georgia and has been winning numerous awards over the past few years including BET Awards for Best Collaboration for songs such as “F**ckin Problems” and “Mercy”. In 2017, 2 Chainz earned the Grammy for Best Rap Performance.

This group from Tupelo, Mississippi have gone platinum with their first and second albums released. Songs like “No Flex Zone” and “No Type” and set the stage for their career. Their top track, “Black Beatles” has over 749 million views on YouTube.

More information on Real Street Festival can be found here.