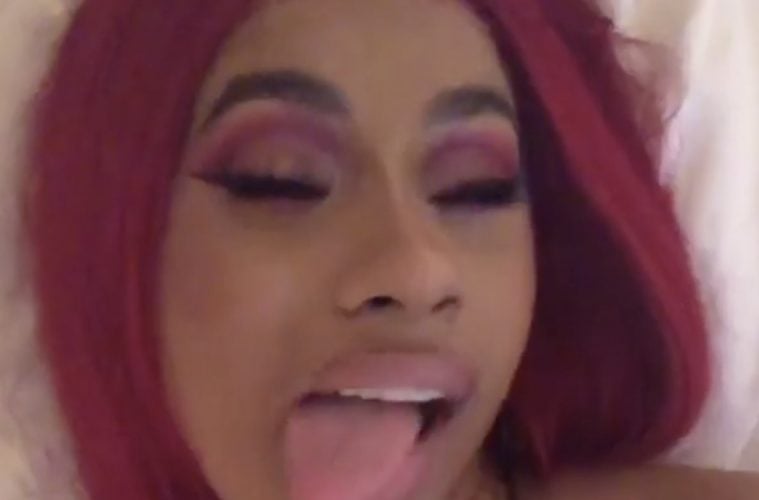 Cardi B Says Some Of Her Freakiness Has Downsized: “I Ain’t That Flexible No More”

New York rapper Cardi B knows Father Time doesn’t slow down on anyone. The hip-hop diva went to social media this week to low-key admit some of her past freaky habits have simmered down.

Cardi went to Twitter with a hilarious tweet about no longer being able to stretch and chew on her toenails.

The “I Like It” rapper, 26, showed off a new tattoo dedicated to the Migos member, 27, on the back of her thigh above the knee. Though this is hardly Cardi’s first tattoo — she has a large peacock on the side of her right hip as well as her sister’s name on the inside of her arm, among others — it is her first dedicated to her husband. (Page Six)

Offset is also known for having Cardi’s name tattooed on his body.

The “Clout” rapper already has a tattoo of Cardi B’s name on his neck, right underneath his Buttercup tattoo from The Powderpuff Girls, that he reportedly got in 2018. (People)

Earlier this month, both Cardi and her rap star hubby lit up their social media pages with birthday moments of their daughter Kulture Kiari.