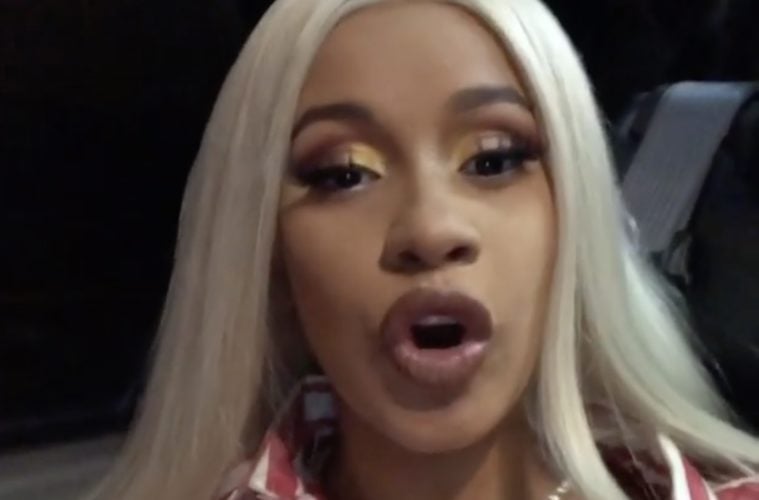 Cardi B Reveals How She Found Out About Her Grammys Nods

New York rapper Cardi B is never going to forget the day she found out she landed a Grammy nomination. The hip-hop diva has shared the moment she realized she’s up for some trophy gold.

Cardi went to Instagram Friday (December 7) to share footage of herself making a court appearance and learning the career-changing news.

What a way to find out i got 5 Grammys nominations😩😩😩I’m tellin you my life is a movie .I work my ass off for this!Win or not atleast i know i had a chance and people was watching and admiring my work.Im Soo happy!THANK YOU!

B appeared in court a few hours ago to address a summer attack and ultimately avoided having an arrest warrant issued.

The judge DID give Cardi a stern warning to have NO contact whatsoever with Baddie Gi and Jade. After issuing protective orders for the alleged victims, the judge told Cardi “no contact” includes making threats or comments on social media about the bartenders. She’s scheduled to be back in court next month. (TMZ)

A few weeks ago, Cardi found herself in handcuffs and hit with multiple charges in connection to an August strip club fight.

Police at the 109th Precinct in Queens charged the “Invasion of Privacy” rapper with assault and reckless endangerment, according to the New York Police Department. She received a desk appearance ticket, meaning she was released and will be ordered to appear before authorities at a later date. The charges stem from an Aug. 29 incident at the Angels Strip Club in Queens. According to an NYPD spokesman, Cardi B threw a chair that hit an “unintended target.” (Washington Post)