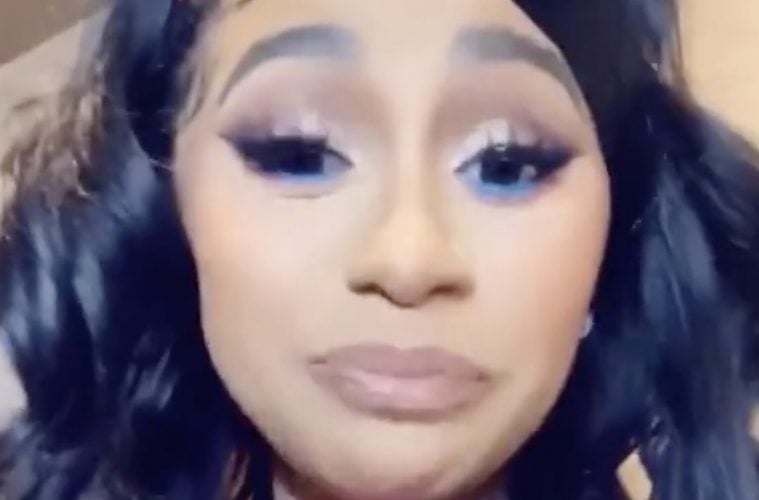 Cardi B Goes Off On Anyone Hating On Her Unbreakable Offset Bond + Denies Dissing Kids Dropping Beef Song: “They Need To Get F**kin Slap”

New York rapper Cardi B has no problem keeping it 100. The hip-hop star went to social media this weekend to defend her love for Offset and go off on people trying to create a fake beef between herself and bratty kids.

Cardi went to Twitter – initially – to defend being ride or die for her husband despite people hating on them.

Cardi also used Twitter to shut down speculation about feuding with kids after they dropped a diss record aimed at her.

Cardi’s Twitter remarks ultimately stem from a now-viral clip of a woman trying to suggest she went at a group of kids dissing her.