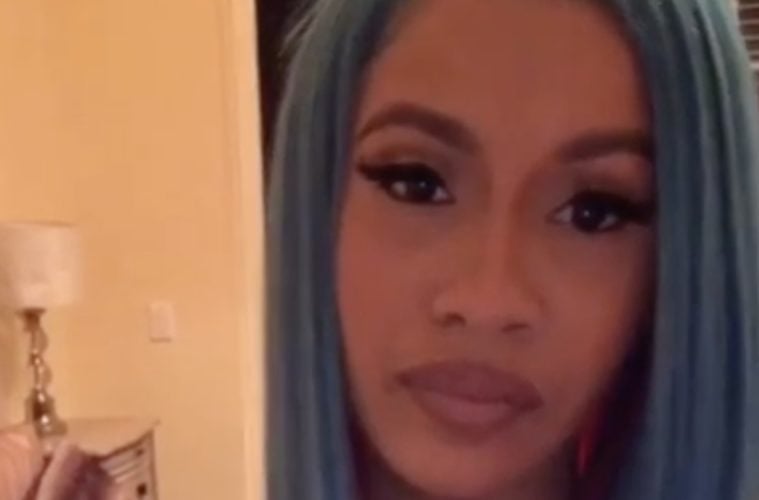 Cardi B Claps Back After Fan Says Label Paid For Radio Play: “You Made A** F**k!”

New York rapper Cardi B is standing behind her achievements. The hip-hop star has come forward to fire back at shade thrown her way from a fan over blowing up with hit records.

A screenshot emerged this week of Cardi responding to someone claiming her label ultimately paid to have her music go gold and platinum.

This week, Cardi announced practically every song off her Invasion of Privacy debut album had at least reached gold status.

On Thursday, B celebrated her 26th birthday in Los Angeles with her husband Offset.

CB celebrated her 26th bday Thursday night in Los Angeles at an album release party for Offset’s cousin, Quavo … and the “I Like It” rapper looked like a leopard in heat as she teased her hubby with some textbook booty shaking. The club was packed, and Offset had the best seat in the house as Cardi twerked the night away. (TMZ)

Cardi B ﻿really wanted it – grinding all up and down Offset ﻿on her thirst quest for birthday sex. #tmz #cardib #offset #birthday 📷Splash