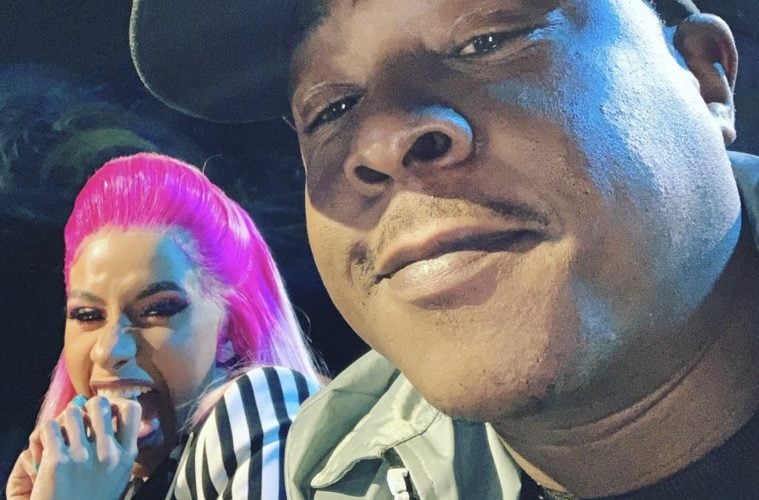 New York rapper Cardi B is standing tall. The hip-hop heavyweight has come forward to speak up on footage resurfacing of herself admitting she previously drugged and robbed men during her stripper days.

Cardi went to Instagram Tuesday and kept things 100 on her statements and past mistakes.

On to the next one… NEXT! lol @iamcardib #SOHHNews pic.twitter.com/7BNtQs0Uf5

Earlier this week, footage resurfaced of Cardi B admitting to using sex to take advantage of men and rob them.

“I would go, ‘Oh yeah, you want to f*ck me? Yeah, yeah, yeah, let’s go to this hotel,’ and I drugged n*ggas up and robbed them. That’s what I used to do. Nothing was motherf*cking handed to me my n*gga. Nothing! Nothing! So for a b*tch to motherf*cking say I don’t deserve sh*t, that’s when I know that they’re f*cking bugging because they do not f*cking know the sh*t I had to do – nobody wanted to f*cking help me, my n*gga.”

Cardi B is a EVIL WOMAN AND IS A DISGRACE TO HUMANITY,HOW DARE YOU RAPE ANYONE THEN CRY FOR SYMPATHY #SurvivingCardiB pic.twitter.com/xzL8lMF5vV

Since the footage went viral, the Internet has gone in-in on Bardi with a slew of dicey reactions.

This video of #CardiB surfaced of her saying she used to “drug men and rob them for their money.” Cardi says she didn’t say, “drug,” BUT NOW everyone is going in on her & using “#SurvivingCardiB”‼️Does this video change your opinion of her?? pic.twitter.com/m0nnscUJVL

It would be the most surprising and interesting thing, if one of her victims press charges and the NYPD or whatever police department investigate. Then, she’ll get indicted like R. Kelly. #survivingcardib

why isn’t anyone talking about #CardiB and her drugging men then robbing them… like if this were a man for example… this would be a different story. waiting for #survivingcardib

Correct me if I’m wrong but Didn’t #Reebok drop rick Ross for his lyrics “Put Molly all in her champagne, she ain’t even know it
I took her home and I enjoyed that, she ain't even know it ” Oh okay I expect for them to show her the same treatment. #survivingcardib

Cardi B whole heartedly admitted to being a rapist I- #SurvivingCardiB pic.twitter.com/TV6sAbyyxu

If ya ain’t gonna lock up @iamcardib for drugging sexing and robbing men in the past.. then let my Uncle @BillCosby out#SurvivingCardiB #FreeBill

Your fav does not care about her career. #SurvivingCardiB pic.twitter.com/ETxdcV13cH

Cardi appeared to ignore the Internet’s backlash following the video blowing up.

Fam…….. we rock w/ you but that Bill Cosby comparison is getting crazy real. Sometimes @iamcardib keeps it TOO REAL on social media! lol Hate it or love it, Bardi is Bardi. lol #SOHHNews pic.twitter.com/4lnzNemQlC