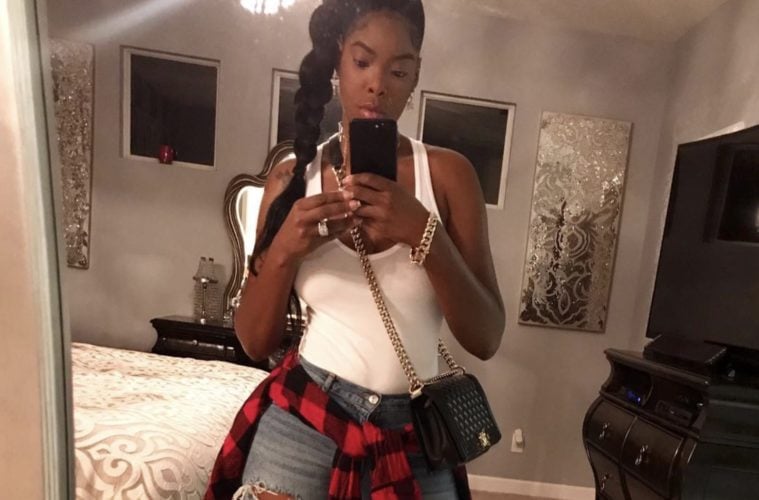 Dipset leader Cam’ron might want to call up ex-girlfriend Juju the next time he has a boo-boo. The curvy “Love & Hip Hop” star has announced she’s receiving a Master’s Degree.

Last night, Juju hit up Instagram to break the news to her 1.1 million followers.

Back in March, Juju dished on how she met Cam during her pursuit to become a dentist.

I always get asked how Cam and I met. Some know the Love story here's for those that don't. We met in 02'. I was in school full time, I wanted to be a Dentist at that time and also worked full time at the airport as a Screener (before TSA) . . Cam walked thru my line, looked directly at me and said: "Hi my Name is Cam'ron..I think you're beautiful can I have your number" & The Rest Is History. . . I've always had strong work ethics and believed education is Power. At that point in my life I wasn't looking for a man/relationship. I was solely focused and committed on bettering myself. Turns out it was perfect timing , because Cam was able to see My Go getter attitude, My Hustle & My Grind, these are the very things he still applauds and loves about me, today. . . Ladies no matter who you're with, Make sure you can hold your Own!! Be an Asset never a liability! . #internationalwomensday #jujuJewels #julietC #teamJuju

Earlier this week, Cam’ron broke his silence and confirmed splitting with Juju.

“It was kind of mutual. For me, it just wasn’t fun anymore. I met Juju in 2002. She was my friend before we even started being serious. That was my homegirl and everything was fun. But for me, once Instagram came out, I’m the one who was promoting her and marketing her, showing her body and showing people how beautiful she is, like ‘Look, I got a beautiful woman,’ without being too untasteful about it to me. … Basically it just stopped being fun. When Instagram came out, it was fun in the beginning and then it became serious, [Juju would say] ‘Why you following her?’ Or, ‘You like that person picture,’ or ‘People are saying this.’ And I’m like, ‘Yo, you gotta be my best friend for because that’s what I’m in it for.’ … It just stopped being fun and I think she felt that way too.” (“The Breakfast Club”)

Killa also admitted he’s been separated from Juju for the past few months.