Cam’ron Upset Over Kobe Bryant Calling It Quits: “This Makes Me Sad”

Dipset leader Cam’ron has reacted to the shocking sports news of NBA star Kobe Bryant hanging up his jersey after the end of this season.

Killa Cam paid homage to Bryant on Instagram with a couple shots. 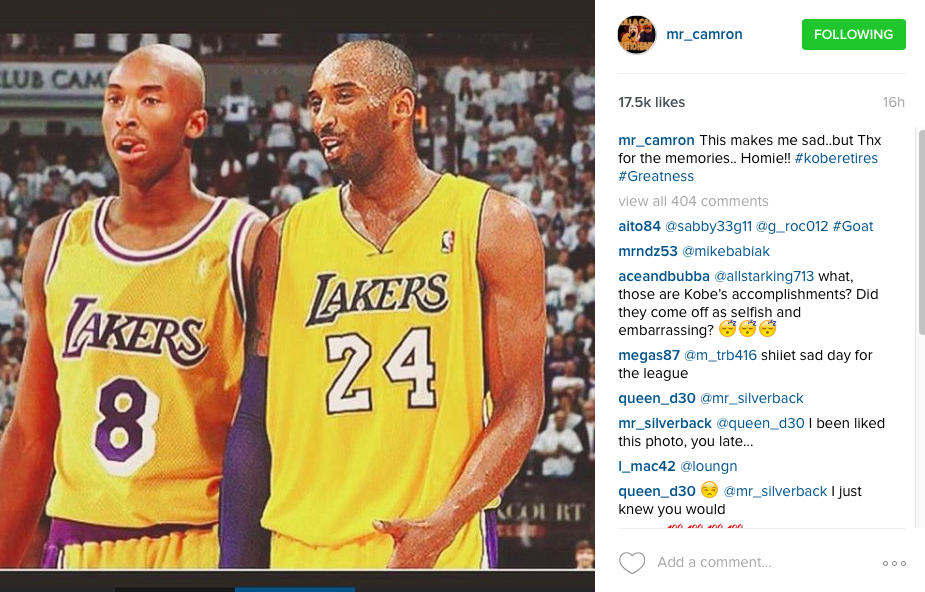 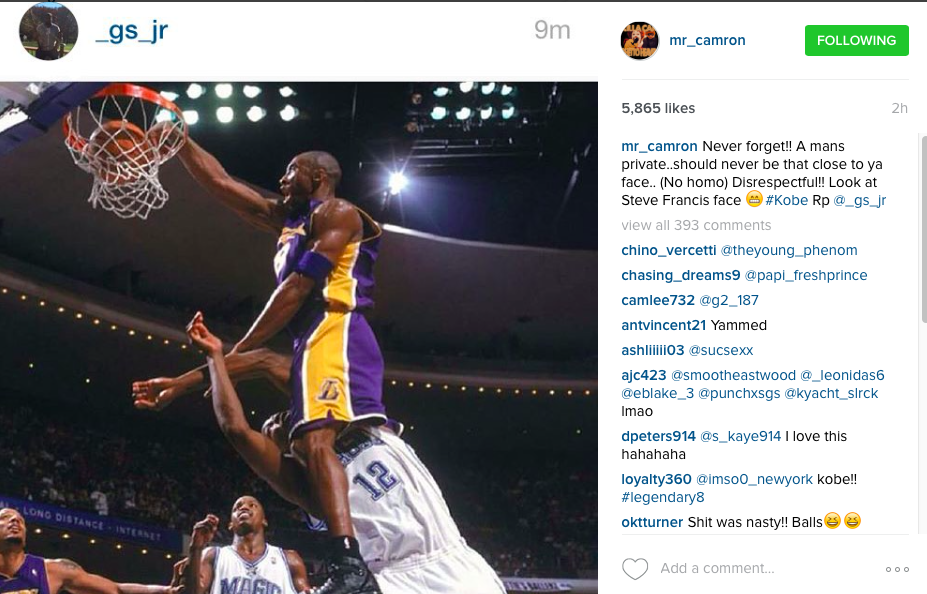 Bryant has caught sports fans’ attention this season due to career-low statistics.

Bryant is averaging more field goal attempts per game (a team-high 16.7) than points (15.7). His field-goal percentage and 3-point percentage both rank last in the NBA among qualified players. But despite the rough start to the season, the Lakers have publicly supported Bryant. Lakers coach Byron Scott told ESPN on Friday that he would not bench the 17-time All-Star for his poor play. (ABC 13)